To share your memory on the wall of William Spinner, sign in using one of the following options:

Print
William Peter Spinner (Bill) fell asleep in death on Oct 21,2020 at the age of 78. Bill was a long time resident of Bennington, VT.

Bill was born on July 9, 1942 in Boston, MA, to the late William and Dorothy (Reithwisch) Spinner. A... Read More
William Peter Spinner (Bill) fell asleep in death on Oct 21,2020 at the age of 78. Bill was a long time resident of Bennington, VT.

Bill was born on July 9, 1942 in Boston, MA, to the late William and Dorothy (Reithwisch) Spinner. At age 15, Bill, his younger brother and his mother moved to her native Iowa after the death of his father. This is where he met the love of his life, Dolores (Manning) Spinner. They were happily married for 50 years and raised 4 kids.

Bill graduated from high school in Lansing Iowa. For years, Bill worked in the trucking industry as a systems analyst, first in LaCrosse, Wi and later for a small trucking firm in Versailles, OH. Bill loved mountains, cold weather and snow, so when a job search lead him to a job opportunity in Manchester, VT, in 1986, he jumped at it. Bill fell in love with Vermont and this is where he and his wife lived for the rest of their lives.

Bill was well known for his dry sense of humor and his corny jokes. He also was well know for his rather stubborn streak. Bill enjoyed a good game of cards, his favorite card game being Euchre. Back in his younger days, Bill also enjoyed a mean game of basketball. Bill was an avid football fan and his team was the NE Patriots. Anyone that knew Bill knew of his love of heating with wood and all that it involved. Bill NEVER passed up on free firewood, EVER. Bill was also know for his love of antiquing as well as stopping at almost every tag sale he ran across.

Bill was preceded in death by his wife who passed away in 2014 and by their infant daughter who passed away in 1967. Surviving children of Bill and Dolores are Robert Spinner of Dayton, OH: Ellie Thompson (Clinton), of Shaftsbury, VT: June Craft (Russell) of Piqua, OH; and Clark Spinner of Tampa, FL. Bill has 5 grandchildren, Phillip, Kari, Ashley, Paige, and Samuel. Bill also has 5 great grandchildren.

Bill and his wife were long time members of the Bennington Cong. of Jehovah's Witnesses where Bill served the congregation as an elder. Bill found much joy in sharing the bible's message on a regular basis, even doing so with his health care workers right up until his death.

To send flowers to the family or plant a tree in memory of William Peter Spinner, please visit our Heartfelt Sympathies Store.

Receive notifications about information and event scheduling for William

There are no events scheduled. You can still show your support by sending flowers directly to the family, or planting a memorial tree in memory of William Peter Spinner.
Visit the Heartfelt Sympathies Store

We encourage you to share your most beloved memories of William here, so that the family and other loved ones can always see it. You can upload cherished photographs, or share your favorite stories, and can even comment on those shared by others.

Posted Oct 29, 2020 at 08:49am
Things I remember about Bill.
He loved stopping at the Apple Barn for a service break to get and enjoy their apple cider donuts.
He thoroughly enjoyed stopping at tag sales for little treasures. He was the tag sale "king".
He had a bad foot and so did I, so we would share bad foot stories. And try to encourage each other that it will get better.
He would get very excited when we would pass by a pile of wood...he loved chopping, stacking, and burning wood in his furnace and cookstove. We demolished part of a house we owned and he took all the wood from that demolition.
My thoughts and prayers are with his family at this time. I look forward to seeing him and Deloras with strong healthy bodies and minds in the New System to come where there will be no more sickness and pain. Rev. 21:3-5 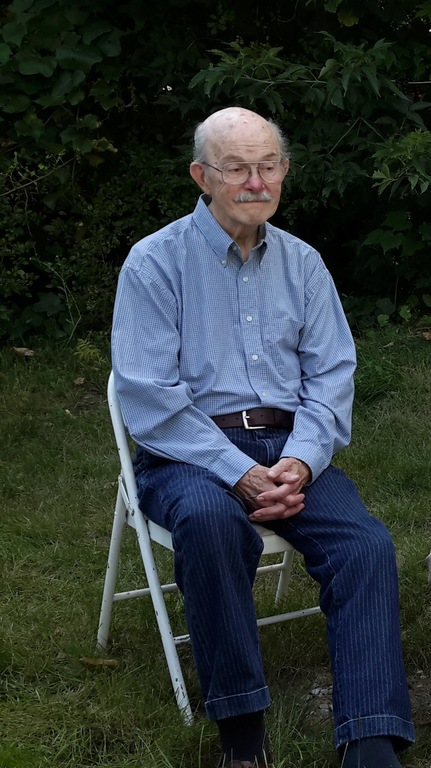 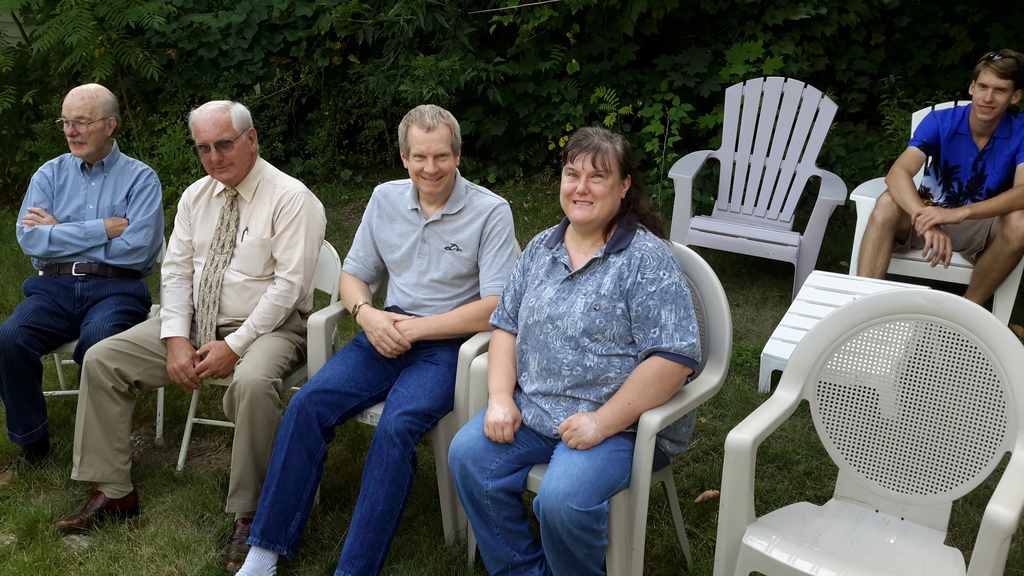 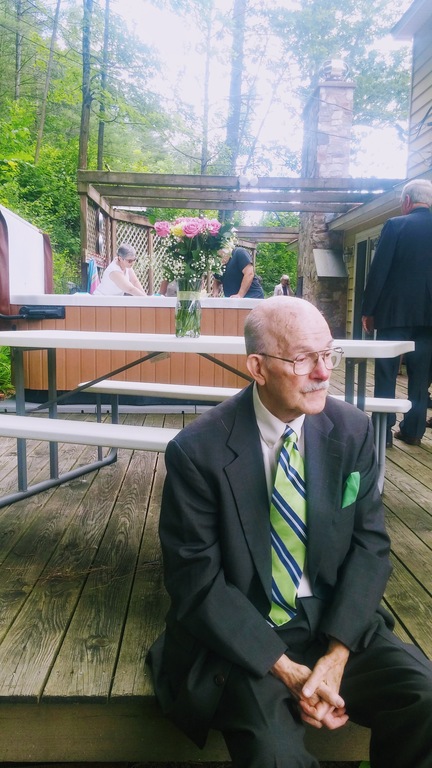 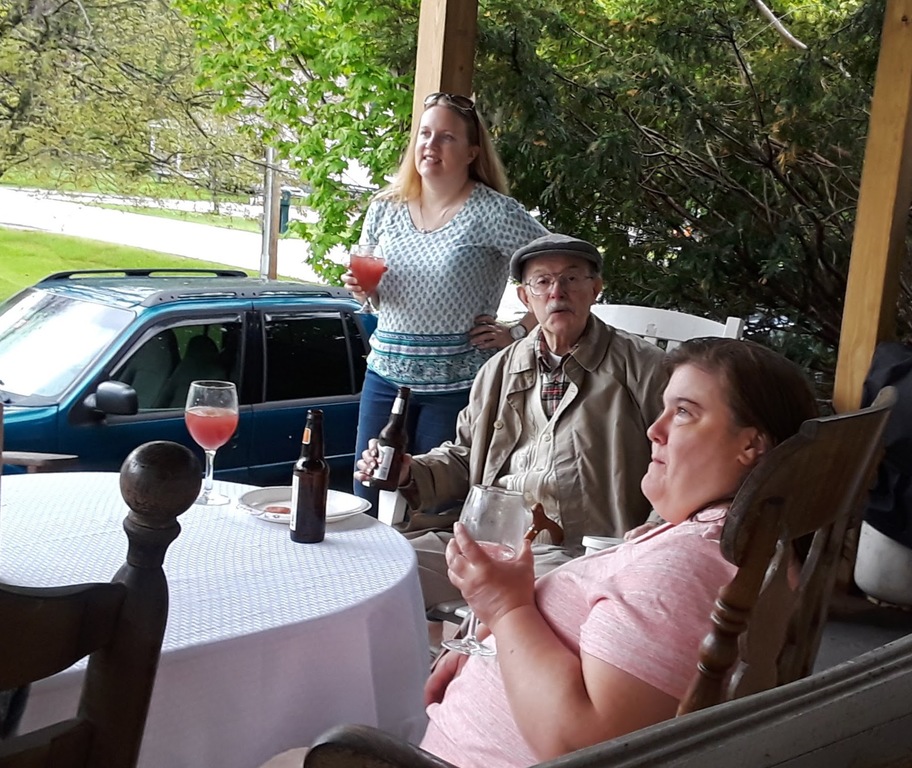 Posted Oct 23, 2020 at 05:45pm
Bill Bill Bill. My brother and I were what I would call Bill's woodpile slaves. Often my mom or I would get a call for us to come and throw wood down into the basement, because Bill got a new load of wood and he needed it in before it rained. If there was one word to describe Bill, it was wood. There was always a trip to Wendy's involved as part of our payment for throwing down the wood. This was because he secretly just wanted a Baconator! Dolores didn't want him to have it. He also would whisper to the cashier at Wendy's to hold the ice, so he could get more drink. I use that trick in my life even today. I can personally say I am going to miss Bill, and his "that reminds me of a story…" as he is about to get out of the car. I can't wait to see Bill and Dolores again. Miracles can happen. Bill can have hair! 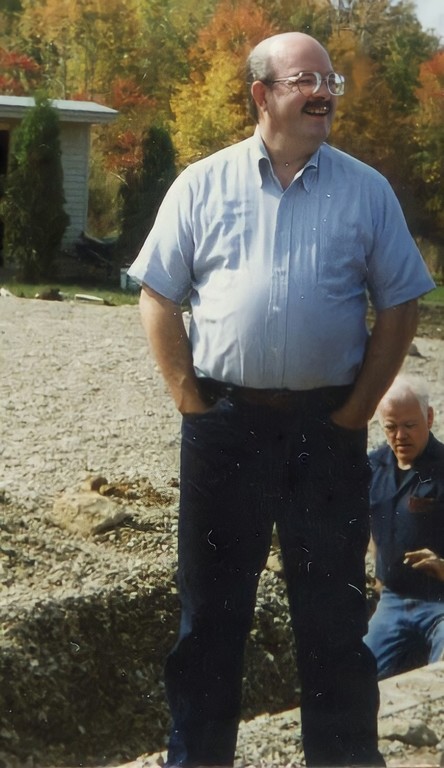 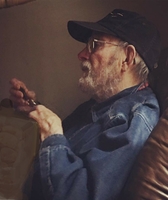 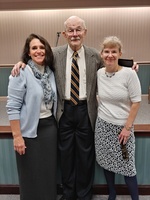