To share your memory on the wall of William Eaton, sign in using one of the following options:

Reverend William S. Eaton, 90, a resident of Bennington, Vermont died on Tuesday, March 17, 2020 following a long illness.
He was born on September 24, 1929 and was the son of the late Albert Philip “Phil” and Marjorie Martin (Fales) Eaton.
He received his education in Springfield, MA, and is a graduate of Springfield High School in the class of 1947. He later attended Bucknell University and graduated from there in 1953 and then entered Union Theological Seminary in New York City and graduated in 1956. He married the former Mary Margaret Welch on November 27, 1982 in Boston, MA. Mrs. Eaton survives. William had been an ordained Presbyterian minister and had pastored churches in New York and Pennsylvania. He had previously been employed as an Administrator in Nursing Homes in Michigan and Massachusetts. William had also been a Long Term Care Insurance Salesperson in South Carolina. William was a member of Rotary International in Brocton, MA and South Carolina. He was a Certified Senior Advisor, and a Past President of Elder Care. He enjoyed gardening, and the outdoors.
Besides his wife, he is survived by two children: Gregory Eaton of Cambridge, MA, and Susan Eaton of Florence, MA. He leaves his two grandchildren: Jessica Eaton and Evan Eaton. He is predeceased by his brother, David Haskell Eaton, who died in October 2013. Funeral services will be held for his immediate family on Saturday at the Mahar and Son Funeral Home. There are no calling hours scheduled.
Memorial contributions may be made to the VNA and Hospice of Bennington County or Charity of One’s Choice through the Mahar and Son Funeral Home in Bennington, VT. The Guestbook and condolences can be found at www.maharandsonfuneralhome.net
Read Less

To send flowers to the family or plant a tree in memory of William S. Eaton (Eaton), please visit our Heartfelt Sympathies Store.

There are no events scheduled. You can still show your support by sending flowers directly to the family, or planting a memorial tree in memory of William S. Eaton (Eaton).
Visit the Heartfelt Sympathies Store

We encourage you to share your most beloved memories of William here, so that the family and other loved ones can always see it. You can upload cherished photographs, or share your favorite stories, and can even comment on those shared by others.

Posted Mar 22, 2020 at 03:30pm
My condolences to the Easton family. I pray God continues to comfort and strengthen the family during this time of bereavement. May the many cherished and loving memories of William continue to comfort his family and friends. A comforting thought to keep in mind is at Psalm 147:3 "He (GOD) heals the brokenhearted; he binds up their wounds." May you all have calming and pleasant thoughts during this time.
Comment Share
Share via: 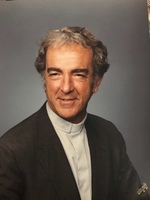