To share your memory on the wall of Walter Kilburn, sign in using one of the following options:

Born in Cambridge, NY on January 2, 1948, he was the son of the late Raymon... Read More
BENNINGTON

Born in Cambridge, NY on January 2, 1948, he was the son of the late Raymond S. and Juanita (Anderson) Kilburn. He received his education in Cambridge where he was a 1966 graduate of Cambridge High School. Walt later received his undergraduate degree from Siena College in Loudonville, NY.

A veteran of the Vietnam War, Walt served in the U. S. Air Force in both Thailand and the Philippines.

He married the former Bernadette “Bunny” Thompson on June 16, 1984 in Bennington.

Prior to his retirement in 2008 Walt had been employed for 22 years an an IT Specialist at the Watervliet, NY Arsenal.

Walt was a member of both the Hale Mountain Fish and Game Club and Bennington Elks Lodge 567. He was also a member of the National Association of Milk Bottle Collectors. Walt enjoyed music, shuffleboard, Thai cuisine, antique bottle collecting, pistol shooting, ice fishing, card playing and watching his granddaughter’s basketball games and was an avid fan of the Toronto Blue Jays and the New England Patriots.

Due to the continuing issues with the virus outbreak private services will take place at the convenience of the family.
Should friends desire memorial contributions in Walter Kilburn’s memory may be made to the Bennington County Child Advocacy Center through the office of the Mahar & Son Funeral Home, 628 Main Street, Bennington, VT 05201.

To send flowers to the family or plant a tree in memory of Walter R. Kilburn, please visit our Heartfelt Sympathies Store.

Receive notifications about information and event scheduling for Walter

There are no events scheduled. You can still show your support by sending flowers directly to the family, or planting a memorial tree in memory of Walter R. Kilburn.
Visit the Heartfelt Sympathies Store

We encourage you to share your most beloved memories of Walter here, so that the family and other loved ones can always see it. You can upload cherished photographs, or share your favorite stories, and can even comment on those shared by others.

Posted Jun 28, 2020 at 07:52am
I will never forget Walts sense of humor, his knowledge of owls, and his choice of sandwiches, Rest In Peace my friend!! You will be greatly missed but not forgotten. :(
Comment Share
Share via:
LW

Posted Jun 27, 2020 at 12:14am
i was a CCS classmate of Walter. wishing his family and friends peace and comfort at this time. laurelyn langer wichgers.
Comment Share
Share via:
KM

Posted Jun 26, 2020 at 01:23am
Walt was always a kind classmate at CCS and a valued veteran. Peace and condolences to the family and friends of Walter Kilburn.
Comment Share
Share via:
SS

Posted Jun 25, 2020 at 10:53pm
I am so sorry to hear of Walt's passing. My sympathies to the family. I went to school with Walt. My prayers are with you all. Susan Thurber Sardi
Comment Share
Share via: 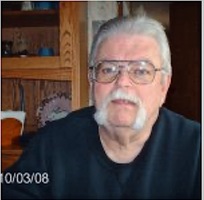