To share your memory on the wall of Tobey Parker, sign in using one of the following options:

He was born in Newport, New Hampshire on July 4 1966, and was the son of Anthony Parker, ... Read More
ARLINGTON, VERMONT

He was born in Newport, New Hampshire on July 4 1966, and was the son of Anthony Parker, Sr. and the late Katherine Boardman Parker. Tobey received his education in local schools and is a graduate of Mt. Anthony Union High School in Bennington.

Along with his wife Wendy, they moved to Arlington a couple of years ago. Tobey ran his construction company and West Mountain Traffic Control.

Tobey enjoyed hunting with his brothers and grandson, and spending time with the family. He was a member of the Bennington Moose Lodge.

Besides his wife Wendy and his father Anthony Parker, Tobey is survived by his daughter, Taija (Scott) LaFountain of Bennington, VT. He leaves three grandsons: Trent Morse, and Carter and Jaxson LaFountain all of Bennington. Tobey is survived by two brothers: Tom (Lyn) Parker of Buskirk, NY and Tony (Patti) Parker of North Bennington, VT. Tobey leaves his nephews, Nicholas, Dylan and Christopher and his niece Cassie, along with a great nephew, Parker.

Due to the COVID-19 protocols, graveside services will be held at Park Lawn Cemetery in Bennington at the convenience of the family. There are no calling hours scheduled.

The Mahar and Son Funeral Home in Bennington is assisting the family at this time.
Read Less

To send flowers to the family or plant a tree in memory of Tobey L. Parker (Parker), please visit our Heartfelt Sympathies Store.

Receive notifications about information and event scheduling for Tobey

We encourage you to share your most beloved memories of Tobey here, so that the family and other loved ones can always see it. You can upload cherished photographs, or share your favorite stories, and can even comment on those shared by others.

Posted Jul 22, 2020 at 01:23pm
Our deepest condolences to the Parker family, may fond memories of to
TOBEY HELP YOU THROUGH THIS VERY SAD TIME

Posted Jul 22, 2020 at 11:04am
Deeply sorry to hear of Tobey passing. Sending my deepest condolences to all his family. Rest easy my friend.
Comment Share
Share via:
BG

Posted Jul 22, 2020 at 10:17am
So very sorry to hear of Tobey’s passing. We have so many found memories of good times spent with him. Sincere heartfelt sympathy to Wendy and his family. May you R.I.P. Tobey L Parker! You were one of a kind. 🙏🏻🙏🏻🙏🏻
Comment Share
Share via: 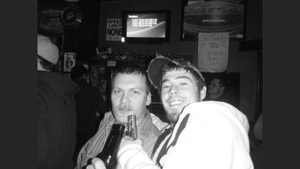