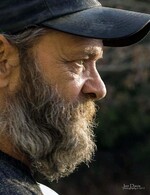 Born in Bennington on February 26, 1951 he was the son of the late George SR. and Marie (Brannigan) Lincourt. Tim received his education in the Bennington schools and was a 1969 graduate of Mt. Anthony Union High School.

In earlier years Tim was employed at Bennington Iron Works and later was employed for 33 years in the lumber department at H. Greenburg & Son in Bennington until the time of his retirement.

Tim enjoyed horse racing and watching Grand Prix Car races. He could be seen taking long walks around town and purchased multiple newspapers a day which he always read cover to cover. In his younger years he was an avid hunter and fisherman.

Survivors include two daughters, Deirdre Lincourt of Bennington and Erin Dawson and her husband David of Lanesboro, MA; two granddaughters, Abigale Prue and Kaitlyn Dawson; his former wife, Vanessa (Turner) Haverkoch of Bennington; a sister, Janine Dommke and a brother and sister-in-law, George and Shirley Lincourt, all of Bennington and several nieces, nephews and cousins.

Services for Tim will take place at a future time to be announced.

Should friends desire memorial contributions in Tim’s memory may be made to the Second Chance Animal Shelter through the office of the Mahar & Son Funeral Home, 628 Main Street, Bennington, VT 05201.

Guestbook condolences may be made at www. maharandsonfuneralhome.net.