To share your memory on the wall of Thierry Heuga, sign in using one of the following options:

Thierry was born on February 11, 1962 in Montreal, Canada, to parents, Louis Jean Heuga and Huguette Heuga. Shortly after, he and his parents then moved to New York, where he became a US Citizen on January 21, 1972. He also lived in Connecticut, Florida, Boston, Shaftsbury, Vermont and then found his permanent residency in Bennington, Vermont.

Thierry was incredibly intelligent, artistically talented, loved music, beaches, and swimming. During his youth, he was a lifeguard, camp counselor and had a stamp/coin collection. Thierry also attended Lake Placid School of Arts, but due to his schizophrenia, had difficulty attending a classroom setting form of education.

Many local Vermonters will remember seeing Thierry riding his bike, walking around town and enjoying quiet moments at The Deer Park in Bennington. He was known for his sense of humor and kindness.

In my heart, I believe that on that Monday morning Thierry walked to the bridge on Holden Street in Bennington, to be with God and our mom in heaven, as he realized that his body was shutting down. In a previous conversation with him, he said to me, “I don’t care if I can ever drive or ride a bike again, but I always want the ability to walk.” Thierry has found peace and is no longer suffering. He will be greatly missed by all who knew and loved him and he wants everyone to remember him with smiles and laughter.

Thierry is preceded in death by his father, Louis Jean, and his mother, Huguette. He is survived by his sister, Nadine, brother-in-law, Tony, nieces, Alicia and Hannah, and several aunts, uncles, and cousins.

A public memorial service will be held on Sunday March 8, 2020 at 3:30 p.m. at the Second Congregational Church, 115 Hillside Street in Bennington, Vermont and a reception will follow at 5 p.m. at the church’s community room.

In lieu of flowers, contributions in Thierry's memory may be made to the Greater Bennington Interfaith Community Services program (GBICS) through the office of Mahar and Son Funeral Home, 628 Main Street, Bennington, VT 05201.

Guestbook condolences can be made at www.maharandsonfuneralhome.net
Read Less

To send flowers to the family or plant a tree in memory of Thierry Joseph Patrick Heuga, please visit our Heartfelt Sympathies Store.

Receive notifications about information and event scheduling for Thierry

We encourage you to share your most beloved memories of Thierry here, so that the family and other loved ones can always see it. You can upload cherished photographs, or share your favorite stories, and can even comment on those shared by others. 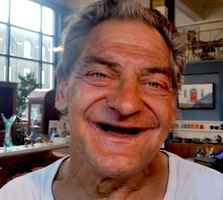 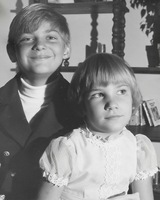 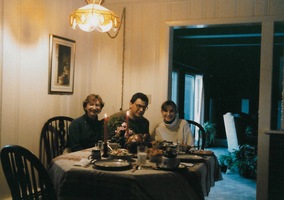 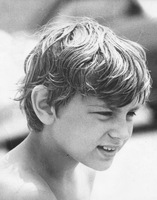