To share your memory on the wall of Susan Lewis, sign in using one of the following options:

Sue was born in Chicago, to parents, Jane and Ross Canfield, on Saturday, March 29, 1941 fifteen minutes before her sister, Midge.
Susan Rose Lewis, 78, of Bennington, Vermont, passed away in hospice care on Sunday, February 16, 2020.

Sue was born in Chicago, to parents, Jane and Ross Canfield, on Saturday, March 29, 1941 fifteen minutes before her sister, Midge.

Mom and Midge attended Saint Edwards School in Lowell, Indiana. They were both voracious readers and Mom loved that they each could check out 10 books at the library, because that meant they could each read 20 before racing back for more.

In 1955, Mom went to Sacred Heart Academy, a Catholic high school boarding school in Lisle, Illinois. She graduated with a full academic scholarship to Purdue.

After college, Mom had a cool job traveling for Proctor and Gamble introducing new products to a “test market”. Crest toothpaste was one of many that she helped bring to market.

During her travels for P & G, she met Dad, Howard Brinmore Lewis, and they fell in love. They were married on September 2, 1967. Dad worked for Globe Union – Johnson Controls and was transferred to the plant in Vermont. They moved to Polygraphic Lane in North Bennington, Vermont. There, they had a son, Billy, in 1971 and a daughter, Betsy in 1973. Then they moved to their forever home in Bennington and had their daughter, Jen in 1975.

In 1988, Mom earned her Master’s degree in Speech Language Pathology at UVM. During her career as an SLP, she helped so many children. She loved being a speech therapist and she was very good at it.

Mom was an amazing cook! In high demand at archery shoot outings, home gatherings and the Baker Street Breakfast Club (which she so enjoyed). Baked beans, potato salad and spaghetti were specialties.

She didn’t really like to sew, but she was very good at it. Occasionally, she would receive a small box from Montana filled with mending. Ha Ha!

Mom fell in love with PBR Bull Riding after seeing a rodeo with Billy and Dad in Montana. She would sometimes set her alarm for the wee hours of the morning just so she could watch the rodeos when they came on TV.

She was the best grandma ever! She loved spoiling Rose, Huck, Will and Sierra with her time, love and thoughtful gifts. She will be sorely missed by those kids.

Mom was a wonderful woman. She had a generous spirit and a kind heart. She was wise and always had advice to help things go more smoothly.

We lost Dad unexpectedly on February 29, 2000. She missed him so much during those years. And finally after 20 years, they are reunited.

She is survived by her children, Billy, Betsy and Jen. Her son-in-law, Jeff Kellogg, her siblings, Ed Canfield, and Midge Wofla, and her grandchildren, Rose, Huck, Will and Sierra.

She was predeceased in death by Dad and her brother, Tom Canfield.

In lieu of flowers, donations in Mom's memory may be made to the Vermont Food Bank, through the office of Mahar and Son Funeral Home, 628 Main Street, Bennington, VT 05201.

Rest in peace Mom. We love you lots too.
Read Less

To send flowers to the family or plant a tree in memory of Susan Rose Lewis (Canfield), please visit our Heartfelt Sympathies Store.

We encourage you to share your most beloved memories of Susan here, so that the family and other loved ones can always see it. You can upload cherished photographs, or share your favorite stories, and can even comment on those shared by others.

Posted Feb 19, 2020 at 02:08pm
With heartfelt sympathy to her family, we sadly send these flowers in honor of a wonderful mother, grandmother and friend. We miss you! Paul & Laura

Posted Feb 18, 2020 at 06:30pm
Dear Jen, Bill, and Betsy,
So sorry for your loss.
She was a wonderful person!
I have many fond memories of both mom and dad.
Comment Share
Share via:
HS

Flowers were purchased for the family of Susan Lewis. Send Flowers

Posted Feb 18, 2020 at 10:50am
In loving honor of Dear Sue. We will forever cherish you and the shared memories and times together. With love forever, Barry and Sally Kellogg

Flowers were purchased and a memorial tree planted for the family of Susan Lewis. Send Flowers 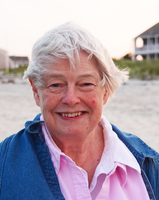