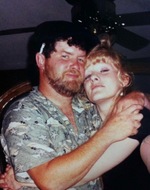 Selena Marie Clement, 52, a resident of East Road in Bennington died Saturday February 13, 2021 at her residence surrounded by her family following a long illness.

She was born in Bennington, VT November 25, 1968. She was the daughter of the late Edward and Sybil (Pratt) Clement. She received her education in Cambridge, NY.

Selena worked at Mack Molding and was also a computer software specialist. She also worked in sales at Sante Magazine and prior to her illness Selena was the head housekeeper at the Equinox Hotel in Manchester.

She enjoyed photography, computers, painting and her animals. She loved spending time with her grandchildren.

There will be no calling hours or funeral services.

A graveside service will be held at the family lot at White Chapel Cemetery in the spring.

If friends desire contributions in memory of Selena Marie Clement may be made to the Second Chance Animal Shelter through the office of the Mahar and Son Funeral Home 628 Main street, Bennington, VT 05201. Guest book condolences may be made at www.maharandsonfuneralhome.net