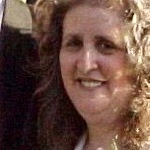 Sandra Lee Burdick, 75, a resident of Barbs Way, Pownal, died peacefully at home on Wednesday, October 4, 2020 surrounded by her family.

Born in Pittsfield, MA on July 6, 1945, she was the daughter of the late Clarence and Madeline (Calkins) Kickery. She received her education in the Pittsfield schools.

In earlier years she was employed as a waitress at the F. W. Woolworth Company in Bennington for several years and bartended.

A devoted mother and grandmother, Sandra was “all about her family”. She also enjoyed playing Yahtzee and coloring.

At Sandra’s request private services will be held at the convenience of the family.

Should friends desire memorial contributions in Sandra Burdick’s memory may be made to the Vermont Chapter of the American Heart Association through the office of the Mahar & Son Funeral Home, 628 Main Street, Bennington, VT 05201.