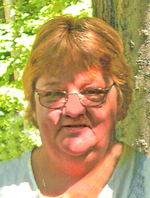 Rose was born in Bennington, VT on October 30, 1960 and was the daughter of the late Chester and Alberta (VanOrman) Burgess. She received her education the Bennington school district. Rose attended the Community College of Vermont studying Human Services, and dedicated her life to that field. She spent much of her life as an advocate and counselor both at the Aids Project of Southern Vermont and Vermont Center for Independent Living. She, proudly, volunteered at Project Against Violent Encounters.

Rose enjoyed the outdoors, playing “Skippo” and dice with her family and friends (especially with Gramma B!!), as well as, listening to Country Music. She was a huge fan of the “The Grinch”, Dale Earnhardt, Elvis Presley and the many pets she had over the years, especially Kabota. She enjoyed her Sunday mornings attending services at Harvest Christian Ministries; she was most at peace when she was worshiping The Lord. Rose loved spending quality time with family. Family, to her, meant all of those she loved. She had a gigantic heart and will forever be remembered by all for how much of herself she gave. Leebs Lebert expressed it best by saying, “Your true kindness and love, not to mention quite possibly the best hugs from anyone, will truly be missed.” Shortly before she passed, she told Marybeth that she wanted us all to know “not to say mean things to people”, she “loves everybody” and “life is too short- don’t live with regret”. We love you too Mom.

Due to the COVID Protocols, services were held privately for Rose’s family.