To share your memory on the wall of Roscoe Harrington, sign in using one of the following options:

Rocky was born December 16, 1945 to Roscoe C. Harrington, Sr. and Marguerite (June) Barber. He received his education at the Barker School in White Creek, NY and Hoosick Falls Central School. Rocky served in the United States Air Force from 1965 to 1969 as a member of SAC (Strategic Air Command). Rocky worked as a certified auto mechanic at Hogan Chevrolet and Williams and Bugbee. He also worked as a machinist at Oak Industries and as Quality Control Manager at Furon for twenty-seven years, and Quality Control Team Leader at Nastech. He retired in 2001.

He was predeceased by his parents and his beloved sister Sandra Kipp.

His main interest was his family. Rocky was a former member of the Bennington Lions Club. He was an avid fisherman and hunter. He was a professional fly-tier and fishing rod builder. Arts he has passed on to his children and grandchildren. He owned the Gray Hackle Fly Shop in Pownal, VT for many years.

Due to Covid-19, there will be no calling hours. A Celebration of life will be held at a later date.

To send flowers to the family or plant a tree in memory of Roscoe C. Harrington Jr., please visit our Heartfelt Sympathies Store.

Receive notifications about information and event scheduling for Roscoe

There are no events scheduled. You can still show your support by sending flowers directly to the family, or planting a memorial tree in memory of Roscoe C. Harrington Jr..
Visit the Heartfelt Sympathies Store

We encourage you to share your most beloved memories of Roscoe here, so that the family and other loved ones can always see it. You can upload cherished photographs, or share your favorite stories, and can even comment on those shared by others.

Chris Fernandes and Jill sent flowers to the family of Roscoe C. Harrington Jr.
Show you care by sending flowers

Posted Apr 02, 2020 at 01:12pm
Dawn, I am so sorry for your loss. You and your family are in my thoughts and prayers. - Abigail Kelly
Comment Share
Share via:
CF

Posted Mar 31, 2020 at 09:57pm
We are very sorry for your loss and send you sincere condolences from our family. Alisa, Joe and NIlu
Comment Share
Share via:
A

Posted Mar 31, 2020 at 05:01pm
The earth has lost a faithful husband, a dedicated father and grandfather and great-grandfather, and a generous friend. Rocky was always ready with a joke, a story, and a good laugh. We'll miss him terribly. Love, Jill and family
Comment Share
Share via:
A 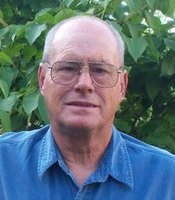 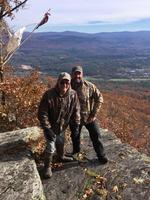 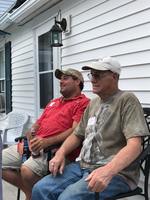 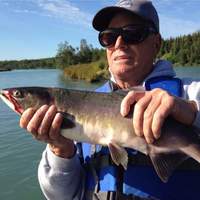