To share your memory on the wall of Robert Mihuta, sign in using one of the following options:

Provide comfort for the family of Robert Mihuta with a meaningful gesture of sympathy.

Bob trained as a radio operator in a reconnaissance tank crew and became part of the first convoy that shipped directly out of New York, landing in Le Havre, France, as part of the D-Day operation. He fought in France and Germany, achieving the rank of captain through a battlefield commission. After the war, he attended Baldwin Wallace College in Ohio where he pursued his education on the GI Bill and continued his love of track, earning a place on the US Track and Field team at the 1948 Olympics in war-torn London. His roommate was Harrison Dillard who won two gold medals at the Olympics that year. When Dillard, a black man, faced discrimination, Bob always stood by him. Both men were inducted into the Baldwin Wallace Athletic Hall of Fame.

Bob graduated from Baldwin Wallace in 1949, majoring in physical education with a minor in English. He had already married the love of his life, Helene Naber, and they began their family. After teaching and coaching in the public schools in Ohio, Bob became an executive with Union Carbide in Cleveland. In 1961 he was transferred to Bennington, Vermont, becoming Director of Industrial Relations. Throughout his years in leadership roles in education, coaching, and industry, Bob was known to go the extra mile to encourage and motivate others. Always civic-minded, he served on several boards, some of which included the Bennington YMCA, Blue Shield of Vermont and New Hampshire, and the Chamber of Commerce in several cities.

Bob was predeceased by his parents, Dan and Theresa Mihuta; his wife, Helene Naber Mihuta; and his brother, Dan T. Mihuta. Survivors include his children Dale (Joy) of Cincinnati, Ohio; James (Faye) of Saratoga Springs, NY; Robert (Kim) of Bennington, Vt.; and Amy of Woodstock, Vt.; along with eight grandchildren, five great-grandchildren, a niece and nephew and their six children, and many cousins. Sadly, Bob departed this world in the chaos and isolation brought on by the coronavirus. His family is looking forward to a celebration of his life when they can gather together once again.
Memorial contributions may be made to honorflight.org through the Mahar and Son Funeral Home
Remembrances may be made at www.maharandsonfuneralhome.net.
Read Less

To send flowers to the family or plant a tree in memory of Robert L. Mihuta (Mihuta), please visit our Heartfelt Sympathies Store.

There are no events scheduled. You can still show your support by sending flowers directly to the family, or planting a memorial tree in memory of Robert L. Mihuta (Mihuta).
Visit the Heartfelt Sympathies Store

Posted May 18, 2020 at 11:45pm
Bob was a very close friend of my dad’s Carl LaCava. His service to his country and the great friend he was to my father is something I will always cherish. Jude LaCava Phoenix Arizona
Comment Share
Share via:
LM

Posted Apr 12, 2020 at 01:22pm
I will never forget how he showed me how to eat hot peppers on sandwich at lunch time when we young.
cousin Louie Mikula
Comment Share
Share via: 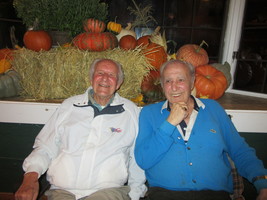 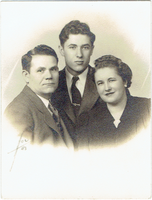