To share your memory on the wall of Robert Long, sign in using one of the following options:

Bennington – Robert J. Long, Sr., 88, a lifelong resident of Bennington passed away on Tuesday, November 12, 2019 at the Centers For Living and Rehabilitation with his loving family at his side.
... Read More
OBITUARY
ROBERT J. LONG, SR.

Bennington – Robert J. Long, Sr., 88, a lifelong resident of Bennington passed away on Tuesday, November 12, 2019 at the Centers For Living and Rehabilitation with his loving family at his side.

Bob was born in Bennington on July 3, 1931, the son of Wilbur D. and Ellen Mae (Morrissey) Long. He was a graduate of Bennington High School. Bob’s marriage to Mary Ann Theresa Racicot took place on August 5, 1950 and they had recently celebrated their 69th wedding anniversary with their entire family.

In his early years, Bob was employed at Ben Mont Papers and, later at H. Greenburg & Son. He retired as the building materials manager at the Henry M. Tuttle Co. following many years of service.

Known as “Bobby Baseball” to his family and around the community, Bob played left field for the Bennington Wildcats in his early years. He later was the assistant coach to Post 13 baseball in the early 1970’s. From there he went on to resurrect the Bennington Generals serving as President and, with a board of directors, raised money to field a team. The Generals enjoyed many successful seasons with Bob as President. In his later years, he became an avid Golfer.

The Liturgy of Christian Burial will be celebrated on Tuesday, November 19, 2019 at 11:00 AM at Sacred Heart St. Francis de Sales Church, 238 Main St., in Bennington. There are no calling hours planned.

Bob’s family would like to acknowledge the compassionate care provided by the staff at Centers For Living for both Bob and Theresa.

Should friends desire, gifts in Bob’s memory may be made to the Residents Activity Fund at the Centers For Living and Rehabilitation or the Alzheimer’s Association VT in care of the Mahar & Son Funeral Home, 628 Main St, Bennington, VT 05201.

To send flowers to the family or plant a tree in memory of Robert J. Long Sr., please visit our Heartfelt Sympathies Store.

the engelharts sent flowers to the family of Robert J. Long Sr..
Show you care by sending flowers

Posted Nov 18, 2019 at 04:30pm
Dear Theresa, We are very sad to hear of your loss. Bill has been telling me his many memories of the years that he & Bobby were involved in sports & it sounds like they were happy times. We will be praying for all your family at 11 a.m. tomorrow. Love, Beverly & Bill Marcoux
Comment Share
Share via:
DT

Posted Nov 17, 2019 at 08:24am
To the Long - Racicot family, we have lost another patriarch in our family. Uncle Bob will be missed, he touched and was a part of so many peoples lives. Thoughts and prayers to all who loved and lost this great man.
Comment Share
Share via:
DT

Posted Nov 17, 2019 at 08:23am
To the Long - Racicot family, we have lost another patriarch in our family. Uncle Bob will be missed, he touched and was a part of so many peoples lives. Thoughts and prayers to all who loved and lost this great man.
Comment Share
Share via:
JG

Posted Nov 15, 2019 at 05:01pm
I send my sincere condolences to the Long family. Joanne & Mark, Kathy and Bob, and Bucky and Barb. Each of you are in my thoughts and prayers. May passage of time reduce your saddeness, and replace with memories of man they each adore.
Comment Share
Share via:
TE

the engelharts purchased flowers and planted a memorial tree for the family of Robert Long. Send Flowers 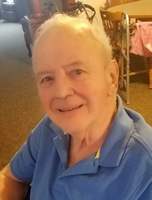