To share your memory on the wall of Robert Joslin, sign in using one of the following options:

He was born in Dorset, Vermont and was the son of the late Fay Edward and Grace E. (Stevens) Joslin. He received his education in Ma... Read More
Robert E. Joslin, age 78, a resident of Squaw Hill Road in Bennington, died on Monday, November 9, 2020.

He was born in Dorset, Vermont and was the son of the late Fay Edward and Grace E. (Stevens) Joslin. He received his education in Manchester, Vermont and is a graduate of Burr and Burton Academy in Manchester. He married the former Barbara Martell in 1967 in Grand Isle, Vermont. Robert served in the Army as a Green Barret during the Viet Nam War. Following the war, he went to work for the Super Duper Food Store as a meat cutter. He later worked for P and C Food Markets. Robert later went to work at Energizer in Bennington, Vermont as a Line Tender until his retirement.

He enjoyed hunting, fishing, yardwork and he enjoyed cooking. He was a good family man.

In addition to his parents, his is predeceased by one daughter Jeanne Marie Joslin.

At Robert’s request there will not be any calling hours or services.

Guestbook condolences may be left at www.maharandsonfuneralhome.net
Read Less

To send flowers to the family or plant a tree in memory of Robert E. Joslin, please visit our Heartfelt Sympathies Store.

There are no events scheduled. You can still show your support by sending flowers directly to the family, or planting a memorial tree in memory of Robert E. Joslin.
Visit the Heartfelt Sympathies Store

Posted Nov 13, 2020 at 08:04am
I first met Bobby while working at P&C . Great guy and fun to work around. Later on I met his wife and other members of the family. All are as down to earth as Bobby. To all the Joslin family it is with heavy sadness to write these few words but rest assured that Bobby left his mark in the heart and soul of those that knew him.
Comment Share
Share via: 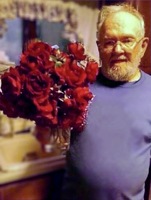