To share your memory on the wall of Robert Horton, sign in using one of the following options:

He spent a lifetime of service to others. Enlisting in the Marine Corp in July of 1958 as a Radio Technician at Camp Pendleton, California and was so proud to be a Marine. Then later becoming a Trooper with the Vermont State Police in St. Johnsbury Vermont. Moving up the ranks quickly, promotions took him to Londonderry and Shaftsbury. Then in 1979 he was promoted to Sergeant in Colchester, in charge of Criminal Investigations. He continued to move through the ranks until in 1984 when he was asked to become Director of the Vermont State Police. Becoming a Major and then Lt Colonel soon after. Then due to his impeccable leadership, he was appointed to become the first Colonel of the Vermont State Police. Retiring in 1994. Service to the community called him back to become to be Chief of Police for the Town of Essex until 2001. After decades of dedication to his Troopers, hundreds of multi state and federal task forces and becoming a pillar in the Law Enforcement community, he finally retired in 2001 after 35 years of service. A friend to everyone, he enjoyed the serenity and quietness of his cabin on Lake Champlain with his wife. Soon moving to Florida full-time, he enjoyed the communities of New Port Ritchey and eventually calling Vero Beach his home.

As one Commissioner once said, “You visit with him and you immediately like him. He’s very diplomatic, he has leadership qualities, he’s just a nice guy.”

A committal service with State Police Honors will take place at Park Lawn Cemetery in Bennington, Vermont on October 23, 2020 at 1pm. Reception to immediately follow. Memorial Donations may be made to The Wounded Warrior Project Wounded Warrior Project, P.O. Box 758517, Topeka, Kansas 66675 or at https://support.woundedwarriorproject.org/.

A guest book is available at www.strunkfuneralhome.com or www.maharandsonfuneralhome.net
Read Less

To send flowers to the family or plant a tree in memory of Robert Allen Horton, please visit our Heartfelt Sympathies Store.

Guaranteed hand delivery by a local florist
TO

Posted Oct 20, 2020 at 08:06pm
We met when Bob became the Vermont State Police Commander. From then till his retirement our many discussions always were positive and helpful. He was a professional who looked out for his Troopers but made sure the people of Vermont were foremost in all plans. The priorities and procedures he set for dealing with the National Guard are the basis of today’s actions.
In every situation, routine or emergency, he was calm but just right on. Sympathy to the family, he was a great person.

I am so sorry to hear of your loss. I was not aware of all the amazing accomplishments that your Dad had done. You all must have been so proud. 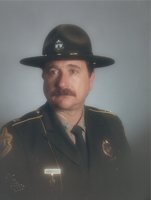