To share your memory on the wall of Robert Hannan, sign in using one of the following options:

He was born in Bennington on September 9,1946 and was the son of the late John and Zelma (Klibas) Hann... Read More
Robert J. Hannan, age 74, a resident of Chapel Road, died on Sunday, November 1st, 2020 surrounded by family following a long illness.

He was born in Bennington on September 9,1946 and was the son of the late John and Zelma (Klibas) Hannan. Bob received his education in Arlington Schools, and is a graduate of the Class of 1964. He is also a graduate of Putnam School of Nursing where he earned a Nursing Degree.

Bob proudly served in the Air Force during Vietnam, where he was on a flight crew retrieving wounded soldiers from battle. He served from December 1966 until December 1967.

He married the former Gwen Montgomery on September 7, 1968 at St. Anthony’s Church in White River Junction, VT. Over the years, Bob has been employed at several area businesses including: The Computer Center in Bennington, Dunham’s Furniture, Metropolitan Life Insurance, Pitney-Bowes Office Equipment, and as an Orderly at both the Vermont Veterans Home and a nurse at the former Weston-Hadden Convalescent Center in Bennington. Bob retired from the State of Vermont where he served as Vocational Rehabilitation Counselor in 2008. Following retirement from Vermont state, Bob became a Deputy with the Bennington County Sheriff’s Department.

Due to Covid-19 protocol, there will not be any calling hours scheduled. A Mass of Christian Death and Burial will be celebrated on Saturday, November 7, 2020 at 11:00AM at Sacred Heart St. Francis de Sales Church in Bennington for those that wish to attend. A celebration of Bob’s life will be held at the convenience of family and friends in Summer of 2021 in consideration of health and safety.

To send flowers to the family or plant a tree in memory of Robert John Hannan, please visit our Heartfelt Sympathies Store.

Posted Nov 10, 2020 at 09:00pm
A chance meeting due to a lost letter resulted in a true friendship. Bob was one of the few who helped our family through some hard times. A great smile, and sense of humor that made us all see the brighter side of life. I miss those fishing trips and fellowship as brother veterans. You will always live here n my heart buddy!
Comment Share
Share via:
KC

Posted Nov 06, 2020 at 05:59pm
Bob was a wonderful person -- he will be missed immensely. A true gem! Please know my thoughts and prayers are with you during this difficult time.

Posted Nov 06, 2020 at 05:58pm
I was sorry to learn of Bob's passing and I send my condolences to his entire family. I knew Bob in Bennington in his role as a Vocational Rehab Counselor when I was working for the Vermont Center for Independent Living. Bob helped me to learn how to continue working after I was diagnosed with Multiple Sclerosis in 1985. He was kind, knowledgeable, and supportive. He will be missed by many folks.

So sorry to hear of your loss . He was a wonderful man. I will be forever appreciative of his care and compassion on how he helped Jim (reference to his PTSD). Along the way he helped myself and my sons. May God bless you and your family through this difficult time.

Flowers were purchased and a memorial tree planted for the family of Robert Hannan. Send Flowers 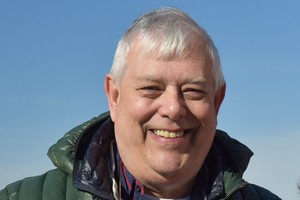