To share your memory on the wall of Robert Bartlett, sign in using one of the following options:

Robert M. "Rob" Bartlett, age 74, a resident of Overlea Road in Bennington died on Friday, July 3, 2020, following a long illness.
He was born in Wausau, WI on June 28, 1946, and was the son of the late James E. and Louise (McCoury) Bartlett. He received his education in Bennington and is a graduate of Bennington High School. Robert proudly served two tours of duty in Viet Nam with the Air Force, where he was discharged as a Staff Sargent and had also served in the Army Reserve. For many years he had been employed as a Union Carpenter working several heavy construction jobs through the local Union Halls. He has also been employed at Union Carbide in Bennington, Hale Company in Arlington, VT and Cushman Furniture in North Bennington.
He loved hunting, fishing and ice fishing. Thanks to the dedication of his good friends, Mark Santelli and Mike Lettre, he was able to continue to hunt while suffering disabilities. Rob was a long time member of the NRA and a life member of the VFW Post 1332, and was also a member of the American Legion Post 13, the Moose Lodge, the Elks Club and the Eagle Lodge, all in Bennington. He married the former Sandi Rose on May 27, 1989 in Bennington, she survives. Besides his wife, he is survived by four children: Gene (Collette) Becker of Deerfield, NH, Robert Bartlett of Florida, Kimberley Hooper of Texas, and Kelly Becker of Bennington. He leaves nine grandchildren including Nikki Becker, who was very dear to him. Robert also has eight great grandchildren, and his brother and sister-in-law, James and Mary Bartlett of Spiegeltown, NY, and his special sister-in-law and brother-in-law, Linda and Rob Gratz of Pownal, VT.
Graveside services will be held at Park Lawn Cemetery in Bennington on Wednesday, July 8, 2020 at 11:00AM. There are no calling hours scheduled.
Memorial contributions may be made to the Council on Aging or the USO, supporting our military through the Mahar and Son Funeral Home in Bennington.
Guestbook condolences can be left at www.maharandsonfuneralhome.net
Read Less

To send flowers to the family or plant a tree in memory of Robert Michael Bartlett (Bartlett), please visit our Heartfelt Sympathies Store.

Flowers were purchased and a memorial tree planted for the family of Robert Bartlett. Send Flowers

Posted Jul 06, 2020 at 12:48pm
I have many fond memories growing up with Robbie and Robbie was a brother Vietnam Veteran. Ron Elwell
Comment Share
Share via:
CH

Posted Jul 06, 2020 at 10:20am
So very sorry to hear this. He was a good person and a great family man. Vitural hugs to all, but especially Sandi. Robert and Carolyn Hickok
Comment Share
Share via:
LN

Posted Jul 06, 2020 at 06:25am
To the family of Robbie Bartlett We are so sorry for your loss. Bart was such a happy smiling man most of the time. Loved life. He will be missed. Always a joke to make you laugh. May he RIP. Larry and Nancy were glad to call him our friend.
Comment Share
Share via: 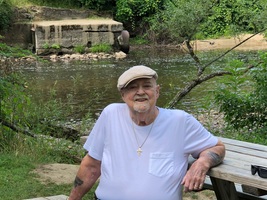