To share your memory on the wall of Rita Krawczyk, sign in using one of the following options:

She was born in Bennington, VT on September 1, 1919. She was the daughter of the late Joseph and Philomena (Giroux) Chenaille. Rita received her education in the Pownal schools.

Rita was employed for many years at the General Cable Company in Pownal.

Rita was loved by many people. She was known for her homemade soups and pastries. She would welcome anyone for her “Sunday’ dinners. Rita and Pete also had great gardens and would freeze and can anything possible. They also had and raised animals and feathered friends. Many school kids would take tours on the farm to see the animals. She also babysat for neighborhood kids for many years. She will be missed by many.

The funeral will be held from the Mahar and Son Funeral Home on Thursday January 23, 2020 at noon

Friends may call at the Mahar and Son Funeral Home on Thursday from 10:00 a.m. until the time of the service


The burial will take place in the family lot at Park Lawn Cemetery.

If friends desire contributions in memory of Rita M. Krawczyk may be made to the Pownal Rescue Squad through the office of the Mahar and Son Funeral Home 628 Main St. Bennington, VT 05201. Guest book condolences may be made at www.maharandsonfuneralhome.net
Read Less

To send flowers to the family or plant a tree in memory of Rita M. Krawczyk (Chenaille), please visit our Heartfelt Sympathies Store.

Receive notifications about information and event scheduling for Rita

We encourage you to share your most beloved memories of Rita here, so that the family and other loved ones can always see it. You can upload cherished photographs, or share your favorite stories, and can even comment on those shared by others.

Posted Jan 25, 2020 at 08:07pm
My deepest Sympathy to all of the Krawczyk Family. Rita was a lovely lady and such a special person. You sure enjoyed a wonderful family life with her and Peter for many years. Hoping you will keep your memories close and remember all the good times you had together. She will be missed. RIP Dear Rita.
Love, Caroline Martel

Posted Jan 23, 2020 at 07:57am
Oh My Darling Great Aunt Rita.. how I shall remember you!. I enjoyed our frequent phone chats where you would make me laugh so hard that sometimes it hurt. But it was our shared joy in God's beautiful nature and your pioneering spirit that I loved most. You were always doing something because "it's not good to just sit around".. and this was advice from you in your late nineties when you certainly deserved to just sit around after a century of being so productive on the farm and in the kitchen.. I cherish the feathers from your own pride of peacocks that you gave to me . You will always be one of the most inspiring people I ever met. Miss you I will. Claudia Scott, Jacksonville, Florida
Comment Share
Share via:
DL

Posted Jan 22, 2020 at 04:43pm
We will miss our Pownal friend and neighbor, Rita, who was such a good model for aging with grace and dignity. We enjoyed many a front porch conversation with her and feel fortunate to have known her. A long life, well-lived. 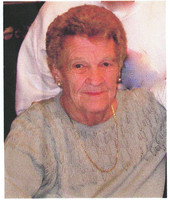 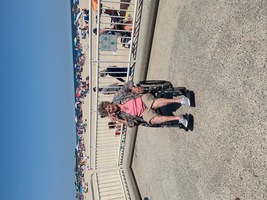 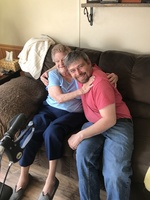 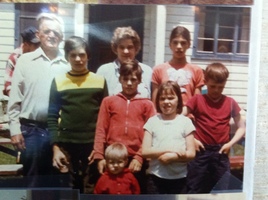