To share your memory on the wall of Raymond Campbell, sign in using one of the following options:

He was born in Bennington, VT February 28, 1974. He was the son of Gordon and Donna (Cross) Campbell. Ray received ... Read More
Raymond E. Campbell, 46, a resident of Main St in Bennington died unexpectedly Thursday April 30, 2020 at his residence.

He was born in Bennington, VT February 28, 1974. He was the son of Gordon and Donna (Cross) Campbell. Ray received his education in Pownal, VT, Molly Stark in Bennington and later graduated from Mount Anthony Union High School class of 1994.

In earlier years Raymond worked at the Bennington Banner and Price Chopper. He most recently worked with his uncle Walt at Walt’s Taxi in Bennington.

Visitation for Raymond will be held at the convenience of the family.

Due to Covid 19 there will not be a public funeral service.

A graveside committal service will be held at the family lot at White Chapel Cemetery on Tuesday May 5, 2020 at 1:00 p.m.

If friends desire contributions in memory of Raymond E. Campbell may be made to either the Southwestern Vermont Regional Cancer Center or the Second Chance Animal Shelter through the office of the Mahar and Son Funeral Home 628 Main St. Bennington, VT 05201. Guest book condolences may be made at www.maharandsonfuneralhome.net
Read Less

To send flowers to the family or plant a tree in memory of Raymond E. Campbell, please visit our Heartfelt Sympathies Store.

Receive notifications about information and event scheduling for Raymond

We encourage you to share your most beloved memories of Raymond here, so that the family and other loved ones can always see it. You can upload cherished photographs, or share your favorite stories, and can even comment on those shared by others.

Posted May 03, 2020 at 09:34am
Ray, where do I begin.. we shared so many memories and I cherish all of them. The most recent memory was when you took me in because I had nowhere to go... you were right there for me, opening your heart and home to me. I know that friends like you do not come around very often in life so I hope You knew how much I loved you. I will always remember that laugh of yours and how you loved to tease me! You were a huge blessing in my life and I will cherish your memory the rest of my days. Rest easy my friend I know you are with our Lord and Savior. Love always, your friend, Tempey
Comment Share
Share via:
DB

Posted May 01, 2020 at 04:45pm
In memory of raymond kind hearted soul. With a heart of gold he will be deeply missed by everyone 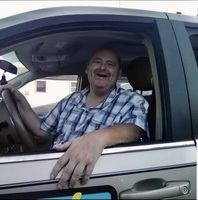 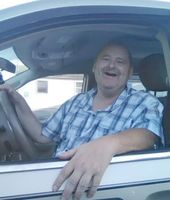