To share your memory on the wall of Peter Lindley, sign in using one of the following options:

Peter F. Lindley, age 59 a resident of Pownal, Vermont died unexpectedly at his camp in Pownal on Friday, August 28, 2020.

Peter F. Lindley, age 59 a resident of Pownal, Vermont died unexpectedly at his camp in Pownal on Friday, August 28, 2020.

Peter was born in North Adams, Massachusetts on June 30, 1961, and was the son of the late Frederick C. Lindley and Carol (Myers) Lindley who survives. Peter received his education in Williamstown Schools and graduated in 1979, and also is a graduate of Clarkson University with a Bachelor of Science Degree in Mechanical Engineering he received in 1986.

He married Dara Khoeasa on June 26, 1986. Mrs. Lindley survives. He was currently the night auditor at the Orchard Hotel in Williamstown.

Peter was a member of the National Rifle Association. He loved the outdoors, cutting wood, and working with his hands.

Besides his mother and wife, he is survived by one daughter, Jennifer Lindley of Albany, New York, one sister, Becky Williams of Williamstown. He leaves his aunt Jean and several nieces and nephews as well as two brothers-in-law in California.

A memorial service will be held on Thursday, September 3, 2020 for the family. There are no calling hours scheduled.

The Mahar and Son Funeral Home is assisting the family at this time. Guestbook condolences may be made at www.maharandsonfuneralhome.net.
If you want to add a photo, please email it along.
Read Less

To send flowers to the family or plant a tree in memory of Peter F. Lindley, please visit our Heartfelt Sympathies Store.

Receive notifications about information and event scheduling for Peter

There are no events scheduled. You can still show your support by sending flowers directly to the family, or planting a memorial tree in memory of Peter F. Lindley.
Visit the Heartfelt Sympathies Store

We encourage you to share your most beloved memories of Peter here, so that the family and other loved ones can always see it. You can upload cherished photographs, or share your favorite stories, and can even comment on those shared by others.

Posted Sep 11, 2020 at 06:35am
I will surely miss my visits with Peter on the mtn as he headed toward his camp or was seen spreading his buckets of gravel on the road. A very gentle person that respected the land indeed. My condolences and heartfelt sadness to his family. His presence there will be missed Greg Racicot
Comment Share
Share via:
MF

Posted Sep 03, 2020 at 12:42pm
Dara - We are shocked and so sorry to see notice of Peter's untimely passing. We enjoyed knowing him and having the pleasure of his working for us for several years. His terrible motorcycle accident comes to mind and all the work that was done on his teeth at that time. We were sorry to see him leave us but he did enjoy that night work at The Orchards for many years and apparently did a fine job. Hope you will take comfort in happy memories of your years together and be grateful for the time you had.

Posted Sep 03, 2020 at 10:13am
May Blessings of Comfort and warm hugs engulf you! We are in prayer for your peace thru grief. Peter was a blessing to SO many!Much Love, Brundages

Flowers were purchased for the family of Peter Lindley. Send Flowers

Posted Aug 31, 2020 at 06:42pm
Dear Becky- Wishing you peace to bring comfort, courage to face the days ahead and loving memories to forever hold in your hearts. Deepest Sympathies 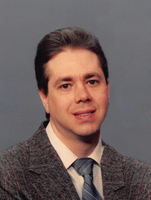