To share your memory on the wall of Paul Rowe, sign in using one of the following options:

He married the former Dorothy Leonard in Bennington, Vermont on April 7, 1951 and spent most of their years raising their family in Scotia, NY. Mrs. Rowe died January 16, 2015.

For 38 years Paul had been employed as an air conditioner technician at General Electric in Schenectady, NY.

He was a member of the Knights of Columbus in Scotia, New York and the Plumbers and Steam Union in Schenectady, NY. His love and care of his family were his priority in life. He enjoyed camping, traveling, bluegrass music and all things Irish. He was an avid reader and specifically found mystery novels of interest. His unfailing optimism was a reflection of his deep faith.

Survivors include a daughter and son in law, Constance and Scott Youmans of Phoenix, Arizona and a son and daughter in law, Robert and Claudia Rowe of Cary, North Carolina. Three grandchildren, Jennifer, Allison and Kevin Rowe. Along with several nieces, nephews and cousins. He was pre-deceased by a brother Robert and three sisters Eleanor, Shirley and Patricia.

Due to the Covid 19 situation there will be no calling hours or funeral services at this time. A memorial mass will be held at a later date.

The burial will take place in the family lot at Maple Grove Cemetery in Hoosick Falls, NY.

If friends desire contributions in memory of Paul D. Rowe may be made to Transitions Life Care Hospice Home through the office of the Mahar and Son Funeral Home 628 Main St. Bennington, VT 05201. Guest book condolences may be made at www.maharandsonfuneralhome.net
Read Less

To send flowers to the family or plant a tree in memory of Paul Daniel Rowe, please visit our Heartfelt Sympathies Store.

Posted Jun 10, 2020 at 07:31pm
Paul was my father-in-law and in some ways was like both a father and a brother. During the years I lived in upstate New York we all spent many hours together over great meals (thank you Dorothy!) and wine. Especially in the summer we enjoyed sitting by the campfire in the woods and an occasional tour of one of the Adirondack lakes in my canoe. Paul was an avid reader and quite knowledgeable as far as current affairs. This provided the basis for many of our conversations. He had a great sense of humor an we often shared jokes around the dinner table. His generosity was unmatched and I always felt welcome in Paul and Dorothy's home.
Comment Share
Share via:
RR

Posted May 03, 2020 at 09:35am
Dad was a very kind-hearted man. He always found the goodness in others and perpetually had an optimistic viewpoint. My fondest memories of him (and Mom) will be all the wonderful times we shared as a family camping in the great outdoors at locations such as the Adirondacks, Cape Cod, and Rhode Island. Dad was a very dedicated family man and gave Connie and I many opportunities to grow, even to the point of having a high school rock band practicing in our basement! Dad, I already miss our weekend breakfasts together and going to various festivals downtown just to get out of the house and enjoy each other's company. You will always be in my mind and my heart and I look forward to the day we meet again. Love, Rob
Comment Share
Share via:
CY

Posted Apr 29, 2020 at 07:31pm
Dad was a very independent person, right up to the end of his life at almost age 91. He was a generous man and devoted himself fully to giving his love, time and talents to family and friends. Our father instilled in me, at an early age, a great love and respect for nature in all its beauty. I have many happy memories of family camping trips to various coastal and mountainous locations on the east coast. Some of Dad's favorite things in life were: Godiva chocolates, Guinness beer, popcorn, sitting around a campfire at night, reading and the movies, "Gone with the Wind", and "The Wizard of Oz". Sometimes quiet and sentimental, he had a depth to him and always carried with him an optimistic attitude. He had a deep faith in the goodness of life and His Creator which gave to his family a strong foundation on which to build their lives. I will always keep in my memory his love, his strong support to his family in many ways and his adventurous and invincible spirit. My love for him will always remain in my heart, soul and mind. God Bless you, Dad. Love Always, Connie
Comment Share
Share via:
M

Posted Apr 21, 2020 at 06:20pm
I remember Uncle Paul as a happy presence at family gatherings, of which there were many: Grandma Rowe’s for supper on Sunday evenings in the summer, picnics at the Battlefield Park, birthdays and holidays.
Paul and Dot joined us in the younger generation at a family reunion in Long Lake (Grandpa Rowe’s home town) in recent years, representing the last of the senior generation. Everyone was grateful for their participation.
Connie and Rob, our thoughts and prayers are with you. Cherish your memories of your time with your Dad.
Comment Share
Share via: 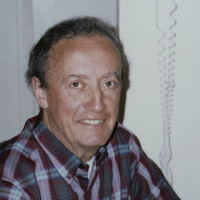 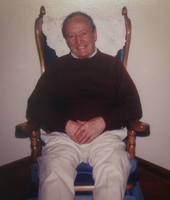 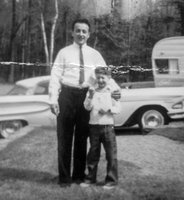