To share your memory on the wall of Paul Lachance, sign in using one of the following options:

Provide comfort for the family of Paul Lachance with a meaningful gesture of sympathy.

To send flowers to the family or plant a tree in memory of Paul H. Lachance (Lachance), please visit our Heartfelt Sympathies Store.

There are no events scheduled. You can still show your support by sending flowers directly to the family, or planting a memorial tree in memory of Paul H. Lachance (Lachance).
Visit the Heartfelt Sympathies Store

Posted May 14, 2020 at 01:51pm
My heart was sadden to read about the the loss of Paul and I wanted to give my warmest condolences to the family. To lose someone so loved can bring such sadness but the God of all comfort tells us at 2 Kings 20:5 He feels our pain. At jw.org we can read in the Bible John 5:28,29 that not only does God care but it will move him to remove all the suffering he sees and he gives the assurance that you will have him in your life once again. May all the beautiful memories you have give you calm and peace until God’s promises come true. Again so very sorry for your heartache. 💐
Comment Share
Share via:
SM

Posted May 07, 2020 at 07:37pm
In 2017 Paul came to our family gathering with my nephew Ed. We enjoyed his company very much and I think he enjoyed the food as well as the party. We are so sorry for your loss. Please know that our thoughts and prayers are with you.

Posted May 02, 2020 at 09:29am
to Donna, Dawn and Scott. So sorry for your lost. Paul rest in peace. We all grew up on Frank st youll forever be missed .
Comment Share
Share via: 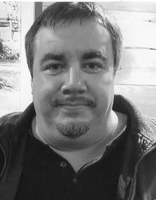