To share your memory on the wall of Paul Batease, sign in using one of the following options:

He was born in Bennington, Vermont January 17, 1965. He was the son of the late Charles Batease and Mary... Read More
Paul D. Batease, 55, a resident of BenMont Ave. in Bennington died Sunday August 23, 2020 at his residence following a long illness.

He was born in Bennington, Vermont January 17, 1965. He was the son of the late Charles Batease and Mary (Dawson) Batease Graham. He received his education in Bennington and was a 1983 graduate of Mount Anthony Union High School and attended Southern Vermont College and Berkshire Community College.

Paul was very technically savvy and enjoyed working on computers.

He was an avid collector and his family was his primary interest.

Survivors include his children, Shustan Davis of Florida, Corten Batease of Washington and Kyra Hayes of North Adams, MA. His two granddaughters Aurora and Aella and a grandson Jamison along with his brothers and sisters, Diane and Joseph Bishop of Bennington, Vicki Duda (Mark) of Colonie, NY, Sheena Reilly (Dan) of Atlanta, Georgia and Todd Batease (Fiancé Sheena) of Bennington. He is also survived by his step sisters, Kim Knapp, Melissa Carpenter, Karie Hawthorne, Kathy Hanks, DeeDee Jura and Debbie Monnett and a step brother John Graham and several nieces, nephews and cousins. He was pre-deceased by his mother and father Charles and Mary and his step father, Michael Graham along with a brother Raymond Bishop.

Due to the Covid 19 Pandemic there will be no calling hours, funeral services or after service gathering.

A graveside service will be held at the family lot at Saint John’s Cemetery in North Bennington on Tuesday September 1, 2020 at 11:00 a.m. Family and friends are welcomed. Please note the services are available via Zoom at https://us02web.zoom.us/j/87620608758

If friends desire contributions in memory of Paul D. Batease they may be made to National Alliance of Mental Illness (NAMI) through the office of the Mahar and Son funeral Home 628 Main St. Bennington, VT 05201.

To send flowers to the family or plant a tree in memory of Paul Douglas Batease, please visit our Heartfelt Sympathies Store.

There are no events scheduled. You can still show your support by sending flowers directly to the family, or planting a memorial tree in memory of Paul Douglas Batease.
Visit the Heartfelt Sympathies Store

Posted Sep 05, 2020 at 12:24pm
My deepest condolences to the family and friends of Paul. The news of his death is heartbreaking. I am so sorry. Paul and I were in the same class at MAU. During our last year we were in the first/pilot year of a theater arts class that was all seniors. It was a real hodge-podge of students from the class of '83, who knows if any of us would have gotten to know each other the way we did if it wasn't for this class. I feel lucky to have gotten to know Paul through that class, he was so special! He was sweet, kind, smart, and wicked funny. I admired how he put himself out there in that class, he inspired me to push myself too. Please know I am holding Paul and all of you in my heart during this difficult time.
Comment Share
Share via:
PS

Posted Sep 01, 2020 at 10:20am
I remember when I lived with my sister Mary and the family and Paul cought a big trout and he had his picture taken and his picture was in the banner he was so proud of that. I love and miss you already. Aunt Patti.

Posted Aug 28, 2020 at 09:06am
I’m sorry for the loss of Paul. I remember digging for night crawlers with you and Todd when we were young . How you and Todd laughter at chasing your little sister around with the worms. Lol. And the time you flew all the way to Arizona. To try to get your little sister back home with dad. I hope your now in peace my dear brother.
Comment Share
Share via:
HS

Flowers were purchased for the family of Paul Batease. Send Flowers

Posted Aug 25, 2020 at 07:13pm
Paul was a very caring person. When my family and I had no place to go for a while, he took us in and made us feel welcome. He was also protective and patient. When I knew Paul many many years ago, he was in pain, quite often. He still had a silly and goofy side to him. To all his children and the rest of the family. My deepest sympathy; I'm sure he is with the angels now and in no more pain.
Comment Share
Share via: 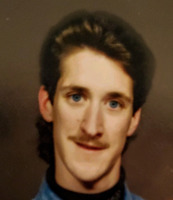