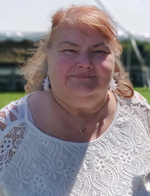 She was married to Charles E. Watson Jr. on April 17, 1971, at Sacred Heart Church in Bennington.

Noreen enjoyed gardening, snowmobiling, motorcycling, and being creative through ceramics and projects. She loved spending time with family, sharing her love and joy with her husband, children, grandchildren, and friends.

Noreen had worked for Vermont Color in Bennington, Walmart, and the Southwest Vermont Supervisory Union. For many years Noreen was employed at Professional Nurses and BAYADA. She later took care of her aging mother.

Friends may call at the Mahar and Son Funeral Home on Friday February 5th 2021 from 5 to 7pm.

The funeral will be held from the Mahar and Son Funeral Home on Saturday February 6, at 10:30 a.m. with a prayer and then from Sacred Heart Saint Francis de Sales Church at 11am where the Liturgy of Christian Death and Burial will be offered.

The funeral will be streamed live on Zoom at the following link: http://bit.ly/NoreenWatsonFuneral

If friends desire contributions in memory of Noreen may be made to either St. Jude Children's Research Hospital or the Shriners through the office of the Mahar and Son Funeral Home 628 Main St., Bennington, VT 05201.

Guest book condolences may be made at www.maharandsonfuneralhome.net