To share your memory on the wall of Milton Gardner, sign in using one of the following options:

Born in Pittsfield, MA on September 25, 1931, he was the son of the late Gilbert L. and Doris (Chapman) Gardner. Milt received his education in the Pittsfield schools.

He married the former Margaret Ann Daniels on March 18, 1951.

Over the years Milt was employed as a bus driver, logger, supermarket manager and had a newspaper delivery route. Together with his wife Margaret he owned and operated the Dugout Luncheonette in Williamstown, MA and Dugout Motel and Restaurant in Adams, MA for many years. In his retirement he was a volunteer driver for Green Mountain Express.

Milt played baseball in his earlier years for the farm team of the Brooklyn Dodgers and for local community teams including the Tyler Aces. He was part of the team that competed in the Wichita Kansas Tournament in 1952. He later played softball for local community teams including the Williamstown Police Department. Milt ran and finished the Boston Marathon in 1969. Milt also enjoyed many years of hunting and fishing with his children and grandchildren as well as his Uncle Merritt Chapman.

He was a member of the National Rifle Association.

The family would like to express sincere thanks to Bayada Hospice Services and the staff at Fillmore Pond for their loving and comforting care of Milt and family during his illness.

At Mr. Gardner’s request private services will be held at the convenience of the family.

Burial will take place in the family lot in Eastlawn Cemetery, Williamstown, MA at a later date.

Should friends desire memorial contributions in Milton Gardner’s memory may be made to BAYADA Hospice through the office of the Mahar & Son Funeral Home, 628 Main Street, Bennington, VT 05201.

To send flowers to the family or plant a tree in memory of Milton A. Gardner, please visit our Heartfelt Sympathies Store.

There are no events scheduled. You can still show your support by sending flowers directly to the family, or planting a memorial tree in memory of Milton A. Gardner.
Visit the Heartfelt Sympathies Store

We encourage you to share your most beloved memories of Milton here, so that the family and other loved ones can always see it. You can upload cherished photographs, or share your favorite stories, and can even comment on those shared by others.

Posted Feb 14, 2020 at 01:16pm
Our condolences to the Gardner family. May the love and strength of family together with fond memories sustain you at this difficult time. Joyce & Patrick Geranis
Comment Share
Share via:
CW

The obituary for Milton Gardner listed many accomplishments throughout his life. His greatest accomplishments, however, were his children. My heart-felt condolences to each and every one of you and, of course, to your mom as well. .Sincerely, Cyn Woodward. 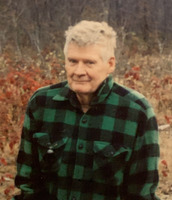