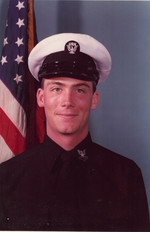 Michael J. Walsh, 61, a resident of Austin Hill Road in Bennington died Thursday May 7, 2020 at the Crescent Manor Care Center in Bennington following a long illness.

He was born in New York, New York August 11, 1958. He was the son of the late Michael G. Walsh and Mary E. (Fries) Walsh. Mike attended Long Beach Catholic in Long Beach, New York, Lawrence High School in Lawrence, NY and after his family moved to Bennington, Mike graduated from Mount Anthony Union High School in 1977.

Following high school Mike joined the United States Navy. Following his service Mike returned to Bennington where he made his home.

In earlier years Mike had been employed at Northern Lights, ChemFab and the Bennington Banner. He most recently worked in the Emergency Room at the Southwestern Vermont Medical Center as an LNA. A job he thoroughly enjoyed.

Mike’s energetic personality and sense of humor was appreciated by friends and strangers alike. He was an avid fan of the Baltimore Orioles and New York Rangers. He enjoyed vacationing on the beaches of Southern Maine and New Hampshire. He was a member of the Knights of Columbus Council 307

Michael was a wonderful uncle whose strong family values will leave a lifelong impact on those he loved and those who loved him.

Survivors include his wife Brenda Walsh of Bennington. Two step sons, Casey Davidson of Florida and Tyler Davidson of Bennington. Two brothers Robert Walsh and his wife Lynne and their daughter Lylly of Rutland, Peter Walsh and his children, Michael and Charlie and their mother Penny of Colchester, VT and a sister and her three children in Maine; Patricia, Nolen (Jasmine), Avery and his wife Emily, and Corbin. Along with his close friends, Michael LaChant and Vincent Harwood.

Due to the Covid 19 Pandemic there will be no calling hours or funeral services at this time. A Funeral Mass will be held at a later date to be announced.

If friends desire contributions in memory of Michael J. Walsh may be made to Saint Jude’s through the office of the Mahar and Son Funeral Home 628 Main St. Bennington, VT 05201. Guest book condolences may be made at www.maharandsonfuneralhome.net