To share your memory on the wall of Michael Twomey, sign in using one of the following options:

Michael was born September 28, 1925 on the lower east side of Manhattan, grew up in Queens, and attended Queens College. He pitched for the baseball team, was quarterback on the football team, and, as basketball co-captain, named the team The Bobcats for his love, Barbara (Bobbie) Moore, and her passion for felines.

On Oct. 8, 1949, Barbara, brought up Baptist, and Mike, raised Catholic, were married at St. John's Episcopal Church, much to their parents' chagrin, in Flushing, Queens.

Michael's career with American International Underwriters took Barbara and him all around the world, satisfying his dream to see and be involved in it all. At work, he combined punctilious preparation with improvisation and a deep reading of people. He hired those whose thinking was capacious, nuanced, and flexible, not necessarily the ones with the impressive degrees. And when he saw a secretary doing much of her boss' job, he made her an agent herself.

He was a member of his church vestry, sat on the school board, played Easter Bunny in a big bunny suit, and, in the evening, he spelled out in song from the front porch, “ E-A-G-L-R-M-S-T-U!!”, letting his daughter, Celia, know to come inside for dinner.

At retirement, for fifteen years the Twomeys spent half the year in Dornoch, in northern Scotland. O, they enjoyed that golf course and their travels around the British Isles with visiting friends and family. Then, in 2000, they returned home to NY to live their last years with the old friends from high school and college and those early work years, who had remained close all their lives.

When they got older still and less physically hardy, they moved to Williamstown, MA, in 2009 to be near their daughter, moving in with her in 2015. Mike found a second family at the kidney dialysis unit at SVMC in Bennington, VT, where he gratefully went 3 times/week for ten years, enjoying the exquisite skill and tremendous heart and friendship of the team there. Many blessings on their heads.

Barbara died in 2016, and Michael kept on, missing her deeply, but still enjoying life in a smaller, quieter way. He was sick for only a short time before he passed away.

Michael is survived by his daughter, Celia Twomey, currently of Williamstown and many loving nieces and nephews.

To send flowers to the family or plant a tree in memory of Michael J. Twomey, please visit our Heartfelt Sympathies Store.

There are no events scheduled. You can still show your support by sending flowers directly to the family, or planting a memorial tree in memory of Michael J. Twomey.
Visit the Heartfelt Sympathies Store

Posted Aug 14, 2020 at 03:07pm
We have such wonderful, happy, warm memories of Mike. We always considered both him and Bobbie an extension of our family. He will be missed.

3 trees were planted in the memory of Michael Twomey

Posted Aug 20, 2020 at 01:31pm
Sending, love, hugs, prayers to Celia and her family. i had the pleasure of meeting Celia's father while visiting in their home. My condolences to all during this difficult time. love, Cynthia Tykot
Comment Share
Share via:
KT

Posted Aug 15, 2020 at 07:25pm
Some of those photos are when I stayed with Bobbie and Mike in Dornoch with my friends. They were so generous and lovely!
Comment Share
Share via:
KT

Posted Aug 13, 2020 at 06:57pm
I am so sorry to hear of the loss of one of the nicest, most optimistic, kindest men I ever met. Whether Mike knew it or not, he was always like a father to me and he will be sorely missed.
Comment Share
Share via:

Posted Aug 12, 2020 at 08:40am
too many memories to pick just one, but his kindness and broad interests must be remembered. A real loss to the world. 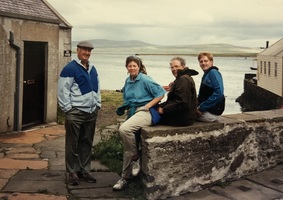 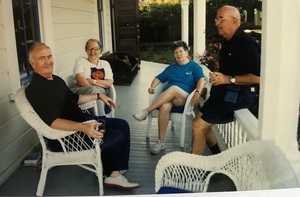 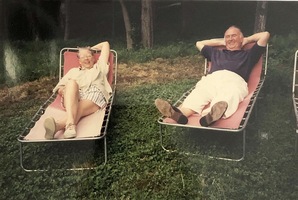