To share your memory on the wall of Merton Cross, sign in using one of the following options:

Born in Bennington, VT on May 2, 1928 he was the son of the late James H. and Louisa (Olin) Cross. He received his education in the Bennington schools.

Mert served in the U.S. Navy from 1946-1948 and received an honorable discharge.

Mert was employed by the Town of Bennington for 34 years and at the time of his retirement he was the Highway Superintendent for the town.

A longtime member of the Bradford Hook and Ladder Fire Company, Bennington Fire Department, Mert was named an Honorary Life Member of the department at the time of his retirement. He was also a member of American Legion Post 13 and K of C Council 307 in Bennington.

An avid outdoorsman in his younger years, he especially enjoyed hunting and fishing with his family.

The funeral will be held from the Mahar & Son Funeral Home on Monday, November 11, 2019 at 1;30 p.m. with a prayer and from Sacred Heart St. Francis de Sales Church at 2:00 p.m. where the Mass of Christian Death will be offered.

Friends may call at the funeral Home Monday from 11:30 a. m. until the time of the service.

Burial with military honors will take place in the family lot at White Chapel Cemetery in Bennington.

Should friends desire memorial contributions in Merton Cross’ memory may be made to either The School of Sacred Heart St. Francis de Sales or the White Creek Fire Department through the office of the Mahar & Son Funeral Home, 628 Main Street, Bennington, VT 05201.

If you would like to bring a dish prior to the service it may be dropped off at the American Legion on Northside Drive in Bennington,

To send flowers to the family or plant a tree in memory of Merton J. "Mert" Cross Sr., please visit our Heartfelt Sympathies Store.

We encourage you to share your most beloved memories of Merton here, so that the family and other loved ones can always see it. You can upload cherished photographs, or share your favorite stories, and can even comment on those shared by others.

William Groben and Family, The FSI Team, and others have sent flowers to the family of Merton J. "Mert" Cross Sr..
Show you care by sending flowers

Posted Nov 09, 2019 at 07:12am
Anita, my dear friend, Chris, Linda, Priscilla, Jean, Peggy, Mert, Tom, Keith and Wayne,
I am so sorry for the loss of your DAD. You are a wonderful family and will help each other at this difficult time.
GOD BLESS YOU ALL and your family.
Linda Lewis
Comment Share
Share via:
C

Posted Nov 09, 2019 at 07:08am
Cross family, so very sorry to hear of your loss. Sending thoughts and prayers to you all. Not an easy journey to travel.
Comment Share
Share via:
MN

Posted Nov 08, 2019 at 03:25pm
To the Cross Family, I am so sorry for your loss, your dad was a good guy. When we played down in the field by your house as kids, I always felt like family. Thoughts and prayers to all for your loss. Denise Therriault-Taff
Comment Share
Share via: 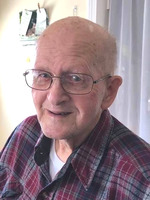 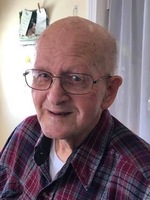