To share your memory on the wall of Mary Sennett, sign in using one of the following options:

Print
Mary Ellen Sennett, 102, a life-long resident of Dewey St. in Bennington passed away Saturday May 23, 2020 following a brief illness.

Mary Ellen was born in Bennington, Vermont August 28, 1917, the daughter of the late William P. and Br... Read More
Mary Ellen Sennett, 102, a life-long resident of Dewey St. in Bennington passed away Saturday May 23, 2020 following a brief illness.

Mary Ellen was born in Bennington, Vermont August 28, 1917, the daughter of the late William P. and Bridget (Casey) Hogan. She graduated from Saint Francis de Sales Academy and Bennington High School Class of 1935 completing her education with an Associate's Degree in Business from Bay Path Institute in Long Meadow, MA.

After graduation, Mary was employed at the Allen A. Manufacturing Company (Bennington). During World War II, she served as Chief Clerk of the Bennington Drafting Board and later worked as the secretary to the Superintendent of Schools. During that time, she met Bennington attorney, William C. Sennett . They were married January 15, 1955. She continued to use her administrative skills working in the family law office for several years. Together they raised a family of five children.

Mary was a devoted Catholic and member of Saint Francis de Sales Church all her life. She was a member of the Altar Rosary Society, the Catholic Daughters of America and a religion teacher for many years. For over 50 years Mary was a Red Cross Volunteer (Gray Lady) at SVMC. She was an accomplished Bridge player and homemaker. Her family, grandchildren, and great-grandchildren were her main interest.

A private service will take place at Park Lawn Cemetery at the convenience of the family. There will be no calling hours.

The family wishes to express a debt of gratitude beyond description to the caregivers at Rivers Edge Community Care where Mary resided in her final years. If friends wish to send contributions in memory of Mary Ellen Sennett, those may be made to Rivers Edge or the Bennington Rescue Squad through the office of the Mahar and Son Funeral Home 628 Main St. Bennington, VT 05201. Guest book condolences may be made at www.maharandsonfuneralhome.net
Read Less

To send flowers to the family or plant a tree in memory of Mary E. Sennett (Hogan), please visit our Heartfelt Sympathies Store.

Receive notifications about information and event scheduling for Mary

There are no events scheduled. You can still show your support by sending flowers directly to the family, or planting a memorial tree in memory of Mary E. Sennett (Hogan).
Visit the Heartfelt Sympathies Store

We encourage you to share your most beloved memories of Mary here, so that the family and other loved ones can always see it. You can upload cherished photographs, or share your favorite stories, and can even comment on those shared by others.

Posted May 30, 2020 at 09:48am
Dennis and I were saddened to read the news of Mary's passing. It was interesting to read of her life and all her accomplishments. May you find comfort and peace at this time. Love, Marion and Dennis Whiteford, Libertyville, IL
Comment Share
Share via: 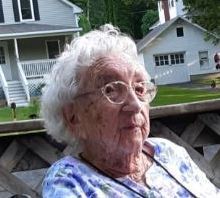