To share your memory on the wall of Mark Evans, sign in using one of the following options:

Print
Mark F. Evans, passed in peace on Tuesday, January 14, 2020 at the age of 55. Mark passed peacefully at the Dartmouth Hitchcock Memorial Hospital in Hanover N.H. following a brief illness.

Mark’s story starts in Rota, Spain, June 17, 1964. Where if you heard Mark, he would reference himself as a military brat. Soon, he came home to the United States with his parents. Mark received his education in Manchester, Vermont where he attended Burr & Burton.

Mark received his training as a renowned installer though Vermont Carpet, a family owned business based in Manchester Center VT. He later branched off and started Evans Flooring; owner and contractor. He worked throughout the United States, Vermont, Wisconsin, Illinois and Arizona.

His second love...training protection/police dogs and working with various police departments and private agencies. He started with his beloved Bud and soon opened Alpha Dog Academy in Illinois. Bud made Mark proud with earning many metals, trophies and placing in the Iron Dog Competitions. Over the years, Mark trained approximately 30 dogs and took many, many bites. His latest love and last was with his dog; Bullet. Bullet took on many events and shows with dock jumping also known as dock diving, where Bullet competed in jumping for distance and height from a dock into a body of water. Currently Bullet is with the South Tier Police Department in New Jersey continuing his training as an explosive detection dog.

While in Illinois, Mark had a passion for being in the fast lane with building cars and racing at the Byron Drag Strip. However, Mark’s main love was his family. Mark was BLESSED to have very strong women in his life. Marrying his first love and last love; Cathy Evans-Condon loving her sons Christopher & Nicholas Condon of Arlington, VT. He later moved to Illinois where he met Sherry Mastricola-Doudlah, married in 1999. Loving another family: Step Daughter; Angela Mastricola-Foss (Tim) and Step son; Anthony Mastricola. (Tara) of Scottsdale Arizona. But his REAL passion, was being “Papa” to his grandchildren; Samantha and Nicholas Foss and Dominick and Dylan Mastricola.

Mark was an amazing man, lived life to the fullest; he was loved, is missed and will always be cherished.

Loved ones that cleared the path to heaven are his beloved Nane Sullivan, Mother Barbara Sullivan-LaRoche and Father Mark A Evans.

At Mark’s request services will be private and held for immediate family and at the family’s convenience.

If friends desire contributions in memory of Mark F. Evans, donations may be made in Mark’s Honor to South Tier Police Canine Association; An association dedicated to providing police, fire, and search & rescue canines with training and financial assistance like BULLET or Bennington Dock Divers through the office of the Mahar and Son Funeral Home 628 Main Street, Bennington VT 05201.
Read Less

To send flowers to the family or plant a tree in memory of Mark Francis Evans, please visit our Heartfelt Sympathies Store.

There are no events scheduled. You can still show your support by sending flowers directly to the family, or planting a memorial tree in memory of Mark Francis Evans.
Visit the Heartfelt Sympathies Store

We encourage you to share your most beloved memories of Mark here, so that the family and other loved ones can always see it. You can upload cherished photographs, or share your favorite stories, and can even comment on those shared by others.

Posted Jan 20, 2020 at 08:25pm
I will always remember this guy from the time we all use to camp out as young teens we had a lot of fun we did I hope he knows I never forgot about him we recently contacted thru fb I will miss u Mark u will always be in my heart
Comment Share
Share via: 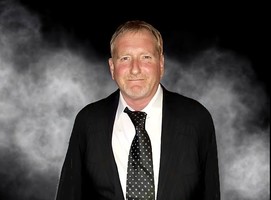