To share your memory on the wall of Leonard Austin, sign in using one of the following options:

Lenny was born in Bennington, VT on September 14, 1955 to Mary (Murphy) and Harold C. Austin. He grew up on Murphy Lane in White Creek where he chose to remain and raise his family. After graduating from Hoosick Falls Central School in 1974, Len worked as a cook and carpenter at Bennington College. In 1989, he left to pursue his dream of becoming a full-time dairy farmer.

Lenny was a strong-willed, dedicated, faithful, proud farmer, husband, father, and grandfather, who excelled in bettering his life on the farm, in his home and with his close-knit family.

Len married Becky, his high-school sweetheart, on October 16, 1976. Their love and devotion to each other was evident in everything they did. After Lenny’s tragic farm accident in 2016, he and Becky grew closer and depended on each other more than ever as they faced the challenges of each new day. Len’s determination to get back to work on the farm was an inspiration to countless who followed his journey.

The origin of Lincoln Hill Farm dates back to when Len registered his first 4-H animal at the age of 9. Second only to family, his faithful farm companions, Baxter and Fluffy, and his cows were his pride and joy. In 1989, Len rented his Uncle Edward’s farm and began producing milk, where he grew the herd from 13 to 58 milking cows. In 1998, Len took a leap of faith to build his own facility which now boasts 450. This was one of his proudest accomplishments.

Lenny was well known for cow care and won many awards for his efforts. He took great pride in teaching his sons to care for and show animals, a tradition which has also been passed along to his grandchildren. A few of his most prestigious awards were Lincoln Hill to Nibbles’ nomination as a finalist for Global Cow of the Year, Lincoln Hill Shot - Youngest Semen-Producing Millionaire at the time, and Progressive Herd Genetics Award (4 times). Len’s greatest expectations were surpassed when he was asked to host an International Select Sire Tour.
In earlier years, Len volunteered with the White Creek Fire Department and served as a Tri-County Holstein board member.

Besides his wife of 44 years, Leonard is survived by 2 sons: Andrew (Nikki) Austin and Adam (Meggi) Austin, all from White Creek; grandchildren Raen, Alexis, Ashton, Carter and Addison; and step-grandchildren Matthew, Zackary and Molly.

Len was pre-deceased by his parents and infant twin siblings.

The Austin family would like to especially thank Rody and Jane Walker for being such wonderful friends to Lenny through the years.

To send flowers to the family or plant a tree in memory of Leonard William Austin, please visit our Heartfelt Sympathies Store.

Receive notifications about information and event scheduling for Leonard

There are no events scheduled. You can still show your support by sending flowers directly to the family, or planting a memorial tree in memory of Leonard William Austin.
Visit the Heartfelt Sympathies Store

We encourage you to share your most beloved memories of Leonard here, so that the family and other loved ones can always see it. You can upload cherished photographs, or share your favorite stories, and can even comment on those shared by others.

Posted Jun 02, 2020 at 02:42pm
Please accept our most heartfelt sympathies for your loss... Our thoughts are with you and your family during this difficult time.

Flowers were purchased for the family of Leonard Austin. Send Flowers

Posted Jun 02, 2020 at 12:52pm
I am so very sorry to hear of Lennie's passing. I remember Mary telling me about Lennie as a with his Coke drinking pet. My prayers and thoughts are with you.
Sincerely,
Ginger (Vose) Baker
Comment Share
Share via:
MB

Posted Jun 02, 2020 at 07:42am
Becky and Family,
Richard and I are keeping you all in our prayers and thoughts. Keep all the good times and memories in your heart and
he will always be there with you too. He gave so much strength to others in his most difficult time..Resting now in the Lords
arms in Heaven.
Richard and Mary Margaret Bromirski
Springfield, GA
Comment Share
Share via:

Posted Jun 02, 2020 at 06:20am
It's of great sadness that I read the news about Lenny. My visits with Len were always positive. Following his farm accident he demonstrated and defined, to all of us, what True Grit is all about. God Bless you Len.
Comment Share
Share via: 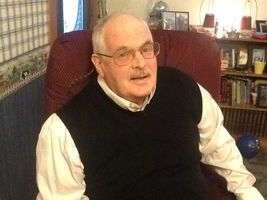 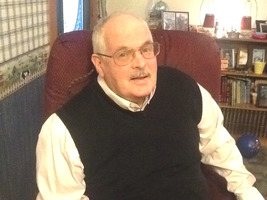