To share your memory on the wall of Leon Galli, sign in using one of the following options:

Born in Bennington on March 2, 1947, he was the son of the late John and Betty (Chapman) Galli. Leon received his ed... Read More
Leon J. Galli, 73, a resident of Manchester, died Tuesday, October 13, 2020 at his residence following a brief illness.

Born in Bennington on March 2, 1947, he was the son of the late John and Betty (Chapman) Galli. Leon received his education in the Arlington schools and was a graduate of Arlington Memorial High School.

In earlier years he was employed at Globe Union in Bennington and later worked for 35 years at Stanley Tools Eagle Square plant in Shaftsbury until the time of his retirement.

Leon was a former member of the Eagle Hose Company, Bennington Fire Department. He was an avid Nascar fan. Leon always had pet dog which he enjoyed thoroughly.

Private services will take place at the convenience of the family.

Burial will take place in the family lot in St. Columbians Cemetery in Arlington.

Should friends desire memorial contributions in Leon Galli’s memory may be made to the Second Chance Animal Shelter through the office of the Mahar & Son Funeral Home, 628 Main Street, Bennington, VT 05201.

To send flowers to the family or plant a tree in memory of Leon J. Galli, please visit our Heartfelt Sympathies Store.

Receive notifications about information and event scheduling for Leon

There are no events scheduled. You can still show your support by sending flowers directly to the family, or planting a memorial tree in memory of Leon J. Galli.
Visit the Heartfelt Sympathies Store

We encourage you to share your most beloved memories of Leon here, so that the family and other loved ones can always see it. You can upload cherished photographs, or share your favorite stories, and can even comment on those shared by others. 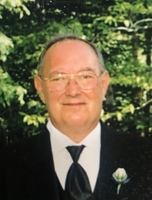