To share your memory on the wall of Judy Briggs, sign in using one of the following options:

Print
Judy M. Briggs, 74, a resident of Applegate Drive in Bennington died Thursday September 10, 2020 at the Albany Medical Center as a result of injuries sustained in a motor vehicle pedestrian accident in Bennington.

She was born in Bennin... Read More
Judy M. Briggs, 74, a resident of Applegate Drive in Bennington died Thursday September 10, 2020 at the Albany Medical Center as a result of injuries sustained in a motor vehicle pedestrian accident in Bennington.

She was born in Bennington, VT May 14, 1946. She was the daughter of the late John J. LaFountain and Marjorie Delia (Bacon) LaFountain. Judy received her education in Bennington. She was a lifelong learner.

She married Harry “Skip” Briggs on April 1, 1965 at the First Baptist Church in Bennington.

In earlier years Judy had been employed as a nurse’s aide at the Crescent Manor Care Center. She had also worked at McDonalds.

Judy’s home and family were her main interest.

Survivors include a son, Devon Briggs of Bennington. Two grandchildren, Keighan Briggs and his partner Dakota and their two children Jayce and Marley of Bennington and Brittany Briggs and her partner Ryan Wilmott and their daughter Lilabeth of Cambridge, NY. A step granddaughter Ashley Wick and her husband Rick and their children, Rick Jr. and Baileigh Wick. Four sisters, Marie West of North Bennington, Shirley Boisvert of Cambridge, Rosemary Lillie of Shaftsbury and Jennie LaFountain of Johnsonville, NY. Two brothers, John LaFountain of Bennington and Paul LaFountain of Woodford, VT and close friends Judy Karsh and Pastor Dave Bauscher and his wife May along with many nieces, nephews and cousins. She was pre-deceased by her husband, Harry “Skip” Briggs and two sisters, Dorothy Kelly and Jeanette Rousseau and a brother David LaFountain.

The funeral will be held from the Mahar and Son Funeral Home on Friday September 18, at 1:00 p.m. Friends may call at the funeral home on Friday from noon until the time of the service.

The burial will follow in the family lot at Woodlands Cemetery in Cambridge, NY.

To send flowers to the family or plant a tree in memory of Judy M. Briggs (LaFountain), please visit our Heartfelt Sympathies Store.

Receive notifications about information and event scheduling for Judy

We encourage you to share your most beloved memories of Judy here, so that the family and other loved ones can always see it. You can upload cherished photographs, or share your favorite stories, and can even comment on those shared by others.

Joseph and Beverly Shepard sent flowers to the family of Judy M. Briggs (LaFountain).
Show you care by sending flowers

Posted Sep 26, 2020 at 09:35am
God bless and comfort the family and friends. I’m so sorry for how this happened to Judy but she’s home, safe, and well at last.
Comment Share
Share via:
CW

Posted Sep 26, 2020 at 09:33am
God’s gracious comfort to family and friends. I’m sure you are having a blast in heaven, Judy, sharing your beautiful smile and infectious laugh and settling into your mansion. You are missed on this side of things of course but I for one, rejoice that you are safe and healthy and blessed in God’s kingdom. We had a lot of fun together for several years, sharing our faith, traveling to Maine and to book shows and having old-girl pajama parties. We will meet again on those beautiful shores, in our new bodies (yahoo!) Much love forever. Carol Williams
Comment Share
Share via:
JS 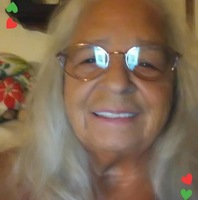