To share your memory on the wall of John Williams, sign in using one of the following options:

Jack was born in Stamford, Ct., November 7, 1928 to J. Herbert and Nancy White Williams. He graduated from Stamford High School in 1946 and immediately joined the U.S. Army serving three years in the Army Constabulary in Germany and at the First Army Headquarters at Fort Jay, NY.

After his military service, he studied Animal Husbandry at University of Connecticut and then returned to Rowe to help his mother and siblings establish a new dairy, called Merrifield Farm, on Middletown Hill. He also worked for the Deerfield Glassine Co., in Monroe and the Northern Berkshire Electric Co., in North Adams, while building up the Jersey herd on the farm and shipping milk to Hood Milk Co., in Greenfield.

In 1955, Jack married local Rowe girl Nancy Ann Newton and started an independent insurance agency in town and then expanded his business into real estate in partnership with his father-in-law, Myron Newton. He eventually relocated his business to several different locations on the Mohawk Trail in Charlemont. Later, with the merger of several small insurance agencies, he moved the business to Shelburne Falls to form the Massamont Insurance and Real Estate Agencies which grew to become one of the largest such businesses in Western Mass and Southern Vermont. He served as president of the Massamont companies for more than 40 years.

In 1952 at age 23, Jack was elected a Rowe selectman and began his life of service to the town and county for the next 60 years.

His total of 15 years of service on the select board, included 12 years as chairman, and involved looking out for the town’s interest during the siting, construction and initial operation of the multi-million dollar Yankee Atomic plant on the Deerfield River in Rowe - the first such plant in New England.

To ensure the town maintained control over its suddenly bright but uncertain future, he worked to establish local by-laws and zoning – the first such measures implemented in any Franklin County town.

He was most proud of his work to develop Pelham Lake Park on land donated to the townspeople by his friend, the town historian Percy Whiting Brown, in 1955. Subsequently, Jack served as the first chairman of the Pelham Lake Park Commission as well as first president of the Rowe Historical Society.

He also served 11 years as police chief and 24 years as town meeting moderator and various terms as assessor, school committee member, planning board member and volunteer fireman. He also served as chairman of the 1985 Rowe Bicentennial Celebration Committee.

He served the wider area as chairman of the original Franklin County Planning Commission, the forerunner of the FRCOG Planning Board. He also served as president of the Franklin County Selectmen’s Association and the Western Franklin County Associated Boards of Health.

In the 1960’s, he played a major role in bringing together nine area hilltowns to create the Mohawk Trail Regional High School and served for a time in the 1970’s as chairman of the regional school committee.

He was for 30 years a director of the Shelburne Falls National Bank through its growth and transformation into The Country Bank and then as part of the First National Bank of Boston Western Region.

He was a past-director of the Franklin County Public Hospital and served five years as a trustee of the Greenfield Community College. He was past-president and 55-year member of the Charlemont Lions Club and a member of the American Legion Post 29 in Readsboro, Vt.

Upon retirement, he purchased the former Rainbow Hill Inn on Noah Brown Road and, after reclaiming old pastures and hayland there, he created Rowe Highlands Farm where he enjoyed raising a herd of Scotch Highland beef cattle.

He is survived by his wife Nancy, a son Rick and his wife Laurie of Rowe, a son Rob and his wife Mary Jo of Rowe, a daughter Sue Pollock and her husband Dennis of Deerfield, N.H., and a brother Jim of Rowe, five grandchildren, three great-grandchildren and a niece and a nephew. He was predeceased by his sisters June Brown and Louise Wortman.

At Jack’s request there are no services. Donations may be made to the Rowe Historical Society, 282 Zoar Road, Rowe, MA 01367.
Read Less

To send flowers to the family or plant a tree in memory of John Herbert Williams (Williams), please visit our Heartfelt Sympathies Store.

There are no events scheduled. You can still show your support by sending flowers directly to the family, or planting a memorial tree in memory of John Herbert Williams (Williams).
Visit the Heartfelt Sympathies Store 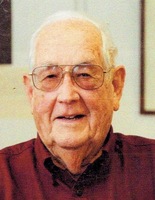