To share your memory on the wall of John Wandrei, sign in using one of the following options:

John was born in Adams, MA on September 25, 1922 and was the son of the late John and Bertha (Herzig) Wandrei. He received his education in local schools. John served in the Army during World War II. John married the former Julia Anderson on April 10, 1961, in Salt Lake City, UT. She predeceased him on October 16, 2011. They resided in Utah for several years following their marriage. He had worked for a Janitorial service and was a Boy Scout leader in Salt Lake City. They moved to Vermont in 2000. John was employed at General Cable in North Adams, as a Spooler, until his retirement. In earlier years, John enjoyed fishing with his son Lenny, and was an avid gardener, who loved being outdoors.

Survivors include his son, Leonard J. Wandrei and Mary DeBell of Bennington, his daughter Cathy Lee Fachini of Orlando, FL. John leaves his sister Dorothy Malloy of Adams, MA and his brother, Robert Wandrei of New Bedford, VA. John has three grandchildren and many great grandchildren. He leaves two nieces, and one nephew.

Funeral services will be held on Friday, November 15, 2019, at the Church of Jesus Christ of Latter Day Saints on Houghton Lane in Bennington at 1:00PM. Interment will follow in the family lot in Center Shaftsbury Cemetery. Friends may call at the church on Friday from 11:00AM.

Memorial contributions may be made to the Second Chance Animal Shelter through the Mahar and Son Funeral Home in Bennington, 628 Main Street, Bennington, VT 05201.
Read Less

To send flowers to the family or plant a tree in memory of John Lawrence Wandrei (Wandrei), please visit our Heartfelt Sympathies Store.

Flowers were purchased for the family of John Wandrei. Send Flowers 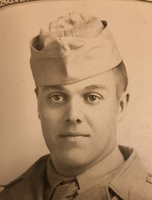 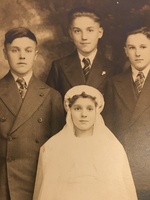 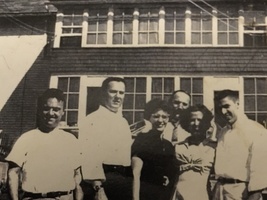