To share your memory on the wall of John Thayer, sign in using one of the following options:

Born in Bennington on November 25, 1942, he was the son of the late Warre... Read More
John M. “Jack” Thayer, 77, a resident of Old Depot Road, Shaftsbury, died peacefully at home surrounded by his family on 29-Oct-2020 following a brief illness.

Born in Bennington on November 25, 1942, he was the son of the late Warren and Mary (Kuruc) Thayer. Jack received his early education at the Shaftsbury school and was a 1960 graduate of North Bennington High School.

Jack married the former Linda Kenyon on January 13, 1970 at St. John the Baptist Catholic Church in North Bennington. Two fantastic children and three awesome grandchildren were the result of this marriage.

In the early years Jack was employed at the Carl Willis Texaco garage in North Bennington and then Polygraphic, later Garrison, plant in North Bennington. Jack then went to work at the Shaftsbury Elementary School in 1975 where he remained until retirement in 2006. Best known as “Mr. Jack” at the school, he was able to connect and positively influence thousands of children throughout his career.

He was a long time member of the NorShaft Lions Club and also enjoyed fishing.

The funeral will be held from St. John the Baptist Catholic Church in North Bennington on Tuesday November 3, 2020 at 11 am where the Liturgy of Christian Burial will be offered.

There will be no calling hours.

Should friends desire memorial contributions in Jack Thayer’s memory may be made to St. John the Baptist Catholic Church through the office of the Mahar & Son Funeral Home, 628 Main Street, Bennington, VT 05201.

To send flowers to the family or plant a tree in memory of John M. "Jack" Thayer, please visit our Heartfelt Sympathies Store.

Posted Nov 07, 2020 at 06:11pm
Always with a smile, Jack shared his sense of humor and kindness with all. The gifts of reason and forgiveness were given daily to the students at Shaftsbury Elementary School and Jack's wisdom through the wonderful way he worked with students, as they became his helpers, gave much confidence and created better citizens for the Shaftsbury community for years to come. Jack is the ornament we hang on our tree because he was such a good person and shared light wherever he went. I will always remember Jack for these very special gifts.
In Gratitude,
Sheri Crittendon
Colorado
Comment Share
Share via:
ML

Posted Nov 06, 2020 at 04:07pm
Mr. Jack was the absolute best! He worked at Shaftsbury Elementary School and we were birthday buddies. Every year on our birthday we’d share an ice pop and talk and hangout. We even had cupcakes together one year. He use to greet me every morning. I’ve had anxiety my whole life and he always made me feel so excited to go to school. It breaks my heart to hear that someone with such a beautiful soul has passed. I’ve thought about you throughout the years. You were a huge reason that I loved school... Now I’m going into teaching. Rest In Peace Mr.Jack. I’m thinking of you and your loved ones. ❤️😇
Comment Share
Share via:
JV

Posted Nov 02, 2020 at 10:25pm
Oh, Jack. One of the kindest and most generous people around. The Thayers farmed across the road from us throughout my childhood.. So many memories, all of them very good. I think Jack was our first babysitter, and he always got right down on the floor with you and played. I couldn't count the times he'd swing me up to sit on their working horse old Prince, or squirt milk to the barn cats while milking to make up laugh, or send me under the house for eggs for Mary, or just greet you with the friendliest smile ever to brighten up your day. In recent years when I returned to Shaftsbury, it was always the same whenever we met. Farewell, good friend, you will be missed,, and thanks for decades of kindness and good cheer.
Comment Share
Share via:
HB

Posted Nov 01, 2020 at 01:14pm
Jack was an essential part of the Shaftsbury Elementary School. His big smile and his warm heart won over every student, including our children.
The Benedict Family
Comment Share
Share via:
TS

Posted Oct 31, 2020 at 09:44pm
Many memories of Jack both in school and out of school, such a kind and gentle soul. I send my love and condolences to you, Taurie and Kenyon! You both have his spirit in you!❤️ Love Traci Thompson/Smith
Comment Share
Share via: 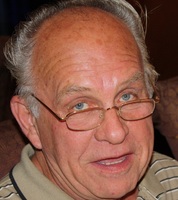