To share your memory on the wall of John Scutt, sign in using one of the following options:

Born in Pittsfield, MA on April 20, 1963, John was the son of the late Raymond Scutt and Doris Reynolds and his stepmother Pat Scutt. He reluctantly received his education in Pittsfield and at Mount Anthony Union High School, where he was responsible for the legendary food fight of 1979.

John worked as an LNA for 20 years at the Vermont Veterans’ Home in Bennington, and part time at the Flag Acres Zoo in Hoosick Falls, NY, where he was beat up by his friends Clyde the spider monkey and Sasha the Bengal tiger. He more recently worked with his daughter Robyn at her Faerydale Consignment store in Greenwich, NY.

John served on Bennington Rural Fire Department for over 18 years, stationed at Willow Road Firehouse, earning numerous rankings – firefighter, lieutenant, captain and 1st assistant chief, and served on the prudential board. He found great fulfillment in these accomplishments. He also volunteered for Bennington Rescue Squad for several years.

John never passed judgement on anyone and he was one of a kind, known for his stories, humor, colorful personality, strength and his love for everyone he knew. He enjoyed drawing, writing letters by hand, family camping trips, Christmas dinners at China Wok, Umpachene Falls, Free Beer and Hot Wings live shows, Lights in the Park, pow wows in TN, diamond art, craft brew festivals, Green Mountain Christian Center, McDonald’s ‘coffee club,’ reptiles, and most of all, spending time with those that he loved.

Carrying on a tradition begun by his father, John was one of Santa’s helpers. He played Santa in his father’s handmade suit for over 30 years, bringing the magic of Christmas to countless children.

From John to all of his loved ones: “I LOVE YOUS VERY MUCH…”

The funeral will be held at Green Mountain Christian Center on Sunday, October 18, 2020 at 3:00 p.m., followed by a fireman’s “Last Alarm” and a reception at the church.

Family and friends may call at Green Mountain Christian Center from 1:00 p.m. to 3:00 p.m.

If friends desire, contributions in memory of John M. Scutt may be made to the family to help offset expenses through the office of E.P. Mahar & Son Funeral Home, 628 Main St. Bennington, VT.
Read Less

To send flowers to the family or plant a tree in memory of John Michael Scutt, please visit our Heartfelt Sympathies Store.

Posted Oct 18, 2020 at 07:18pm
I remember John fondly. We served many years in the BRFD together....I always remember is whit, banter and willingness to help anybody who needed it. The last time I saw John, he was shopping with Teddy in Wal-Mart for some Christmas decorations for the annual BRFD holiday dinner. Rest in peace. My thoughts are with your extended family and friends.
Comment Share
Share via:
AL

Posted Oct 18, 2020 at 10:13am
I had the pleasure of knowing John when I was in the fire department. One in a million. Larry McLeod, Cave Creek, AZ
Comment Share
Share via:
CW

Posted Oct 17, 2020 at 02:37pm
I'm saddened by your passing John.We knew each other our whole lives from your dad being married to my Aunt,I have a picture of you at my 1st birthday.I will miss you so much,even though we fell out of touch I have so many special memories I will hold close to my heart always.Rest In Peace.
Comment Share
Share via:
LM

We will miss your smile , laughter and sence of humor. Love you and miss you. Lorie and Kevin Marsh
KK 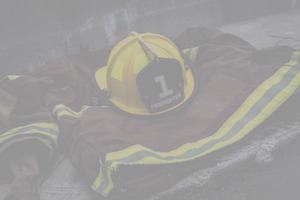 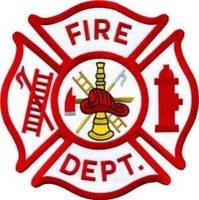