To share your memory on the wall of John Knapp, sign in using one of the following options:

He was born in North Adams, MA December 11, 1944. He was the son of the late Raymond F. Knapp Sr. and Carrie (Grave... Read More
John W. Knapp Sr., 75, a resident of Duffy Drive in Bennington died unexpectedly Tuesday March 17, 2020 at his residence.

He was born in North Adams, MA December 11, 1944. He was the son of the late Raymond F. Knapp Sr. and Carrie (Gravel) Knapp. John received his education in North Adams, MA, Pownal, VT and Hoosick Falls, NY. He served in the United States Marine Corp during Vietnam and later attended Hudson Valley Community College where he studied mortuary science.

He married the former Elizabeth Hall at the Methodist Church in Williamstown, MA in 1965. In earlier years John had been employed at Sibley Manufacturing, Johnson Controls, the Pownal Tannery and had also driven school bus. He most recently worked at the Watervliet Arsenal from which he retired. He was a member of the American Legion Post 13 in Bennington. John enjoyed hunting and fishing.

A graveside service with military honors will be held at the family lot at East Lawn Cemetery in Williamstown, MA at the convenience of the family.

If friends desire contributions in memory of John W. Knapp Sr. may be made to either the American Heart Association or the Alzheimer’s Association through the office of the Mahar and Son Funeral Home 628 Main St. Bennington, VT 05201. Guest book condolences may be made at www.maharandsonfuneralhome.net
Read Less

To send flowers to the family or plant a tree in memory of John W. Knapp (Knapp) Sr., please visit our Heartfelt Sympathies Store.

There are no events scheduled. You can still show your support by sending flowers directly to the family, or planting a memorial tree in memory of John W. Knapp (Knapp) Sr..
Visit the Heartfelt Sympathies Store

Posted Mar 20, 2020 at 05:40am
Thank you John for being a good person and giving hope and courage at the radiation dept. You got a lot of people through. It was a honor to meet you. I'll never forget your smile.
Comment Share
Share via:
GP

Posted Mar 19, 2020 at 11:59am
Dear Aunt Betty and Family, We were shocked and saddened to hear of John's passing. We know you will be strong and feel comfort in that you have such a great family.
Comment Share
Share via:
BC

Posted Mar 19, 2020 at 07:39am
Please accept our condolences
We are sorry to hear of John's passing
Great Guy, always joking around, we all looked up to him.
Sorry for your loss
Comment Share
Share via: 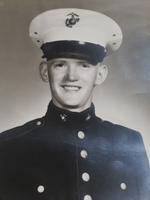