Obituary for John B. Casale Jr. 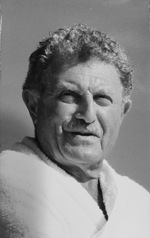 On April 8, 2020, John B. Casale Jr. died peacefully with his beloved wife Francoise at his side in their home in Manchester, Vermont. He lived a wonderful, full and active life, passing away just three weeks short of his100th birthday.

John was born April 27, 1920 in Newark, New Jersey to Dr. John B. Casale, Sr. and Angela Modica Casale. He attended The Kingsley School in Essex Fells, New Jersey and Camp Kingsley in Maine. As a young man, John studied medicine at Cornell University in Ithaca, New York. He was a member of the Phi Theta fraternity. In 1941, as part of the US war effort, John joined the army during his junior year at Cornell. He served as a captain in the US Army Medical Corp stationed in Germany. At the end of WWII, John remained in Europe to assist in US post-war efforts in Romania and Austria at which time he received a certificate of surgery from the
University of Vienna in pathology. In 1948, John returned home to New York City and continued his medical education at New York Medical College.

During his medical residency at Roosevelt Hospital in New York City, John met Ann Grimshaw. They married in 1952 and moved to Westchester, raising their 10 children in Bronxville, New York. With his large family, John was proud to live a charmed life, enjoying leisure time at the Bronxville Field Club and Siwanoy Golf Club. While the Casales spent their summers on the east end of Long Island in Wainscott, New York, John became a co-owner of the Bridgehampton Racquet and Surf Club. He and his family enjoyed tennis, the beach and visiting with friends. The Casales also enjoyed winters skiing at Bromley Mountain in Peru, Vermont. Travel
was an important part of John’s life. He was a partner in Hemisphere Travel Service on 57th Street in New York and traveled often, seeing the world and visiting family in Italy.

For 45 years, John had a distinguished medical practice on the upper east side of Manhattan. He was recognized as an active member of the Surgical Society of the New York Medical College, specializing in general surgery and affiliated with Flower Fifth Avenue Hospital and Doctors Hospital.

In 1987 John married Francoise Hertoghe DeSpirlet. They resided between Manhattan and East Hampton, New York, eventually retiring to Vero Beach, Florida and Dorset, Vermont. John and Francoise enjoyed music, travel, golf, boating and spending time with family and friends. They had an active social life while being members of the Moorings Yacht Club in Vero Beach, FL, the Dorset Field Club and the Ekwanok Golf Club in Manchester, VT. In addition to supporting local charities, John and Francoise volunteered with other friends in Vero Beach for Habitat for Humanity.

In his retired life, John was dedicated to his gardens and his artwork. He spent years taking painting classes during the summer at the Southern Vermont Art Center in Manchester and in winters at the Vero Beach Museum of Art. Primarily interested in painting portraits and landscapes, John was passionate about recreating the many scenes and colors of his fortunate and well-lived life. He inspired many with his quick wit and good sense of humor. John and Françoise were long-time parishioners of Holy Cross Catholic Church in Vero Beach and St. Paul’s Catholic Church in Manchester. They moved to Manchester, Vermont, full time in
the summer of 2016.

Services will be held this summer in Manchester, VT. In lieu of flowers, donations are suggested in John’s memory to Hildene, The Lincoln Family Home (www.hildene.org/sustaining/contributions) or the Southern Vermont Art Center (www.svac.org/make-a-donation).