To share your memory on the wall of Joanne Leard, sign in using one of the following options:

Print
Joanne S. (Herra) Leard, 80, a resident of Cardinal Lane, Bennington, VT passed away unexpectedly on Thursday, December 26, 2019 at the Center for Living and Rehabilitation in Bennington, VT.

Joanne was born in North Reading, MA on Janua... Read More
Joanne S. (Herra) Leard, 80, a resident of Cardinal Lane, Bennington, VT passed away unexpectedly on Thursday, December 26, 2019 at the Center for Living and Rehabilitation in Bennington, VT.

Joanne was born in North Reading, MA on January 7, 1939, she was the daughter of the late John Herra and Bernice Burdick. She was raised in the Boston, MA area.

She was predeceased by her devoted son Wayne Leard in 2003 and beloved husband of 55 years, Dick Leard in 2014.

Joanne and Dick were married in Somerville, MA on January 17, 1959 and moved to Bennington in 1965. In earlier years she had worked at various jobs and in 1972 she began her employment at Globe Union (Johnson controls). In 1981 Joanne became the Health and Safety Trainer at Globe Union and held that position until they closed in 1994. During that time, she received her education at the UAW Training Center in Black Lake, Michigan and was diligent in speaking out on equal rights in the work place. On October 25, 1991, Joanne was presented with an award by the UAW Region 9-A and Local 1371 for her outstanding contribution that led the US Supreme Court to ban fetal protection policies and reaffirm safe jobs as a right for all workers.
Joanne enjoyed golf, traveling, cooking, watching TV, knitting, crocheting, crosswords and spending time with her family and her American Legion Post 13 family as well.

The memorial service will be offered at the funeral home on Sunday at 2:00 p.m. A reception will follow the services at the American Legion Post 13 in Bennington.

In lieu of flowers contributions in memory of Joanne S. Leard may be made to either the American Legion Post 13 or to the Bennington Rescue Squad through the office of the Mahar and Son Funeral Home 628 Main St. Bennington, VT 05201.

To send flowers to the family or plant a tree in memory of Joanne S. Leard (Herra), please visit our Heartfelt Sympathies Store.

We encourage you to share your most beloved memories of Joanne here, so that the family and other loved ones can always see it. You can upload cherished photographs, or share your favorite stories, and can even comment on those shared by others.

Posted Dec 29, 2019 at 09:24pm
So very sorry for your loss, Val your mom was a very nice lady she was very loved and will be missed. My thoughts and prayers are with you and your entire family Pat (Jones) Tucker
Comment Share
Share via:

Posted Dec 29, 2019 at 10:01am
So very sorry for your loss, Val your mom was a very nice lady she was very loved and will be missed. My thoughts and prayers are with you and your entire family. Penny O'Dell
Comment Share
Share via: 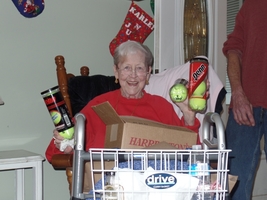