To share your memory on the wall of Jene Metcalfe, sign in using one of the following options:

Print
Jene M. Metcalfe, 65, a resident of Metcalfe Drive, Pownal, died peacefully on Sunday, November 24, 2019 at her residence surrounded by her family following a long illness.

Born in Bennington on April 13, 1954, she was the daughter of th... Read More
Jene M. Metcalfe, 65, a resident of Metcalfe Drive, Pownal, died peacefully on Sunday, November 24, 2019 at her residence surrounded by her family following a long illness.

Born in Bennington on April 13, 1954, she was the daughter of the late John E. and Theresa (Chenaille) Forcier. Jene received her early education in the Pownal school and at St. Francis de Sales Academy in Bennington. She was a 1972 graduate of Mt. Anthony Union High School.

In earlier years Jene was employed as a seamstress at Hoy Manufacturing Company, CB Sports, JLF Designs and Porta Brace. Following her retirement Jene opened her own business, Bennington Bags, which she displayed at numerous craft fairs throughout the area. In addition to her business she enjoyed spending time with her family.

She leaves behind a daughter and son-in-law, Kerrie and Roy Palmer of North Bennington; two step-children, Geoffrey Metcalfe and his wife Michelle and Jason Metcalfe and his wife Holly, all of Bennington; five grandchildren, Austin, Alyvia, Amber, Kailen and Theresa; a sister and brother-in-law, Mary Linda and Robert Brown of Pownal, an aunt, Dorothy Chenaille of Pownal and several nieces, nephews and cousins.

The funeral will be held from Sacred Heart St. Francis de Sales Church on Saturday, November 30, 2019 at 11:00 a.m. where the Liturgy of Christian Burial will be offered.

At Jene’s request there will be no calling hours.

Should friends desire memorial contributions in Jene Metcalfe’s memory may be made to the Bennington Cancer Crusaders through the office of the Mahar & Son Funeral Home, 628 Main Street, Bennington, VT 05201.

Guestbook condolences may be made at www.maharandsonfuneralhome,net.
Read Less

To send flowers to the family or plant a tree in memory of Jene M. Metcalfe (Forcier), please visit our Heartfelt Sympathies Store.

We encourage you to share your most beloved memories of Jene here, so that the family and other loved ones can always see it. You can upload cherished photographs, or share your favorite stories, and can even comment on those shared by others. 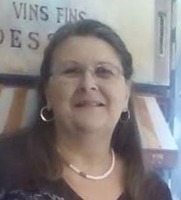 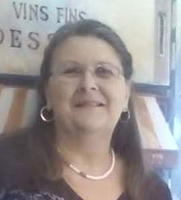