Obituary for Jeffrey A. Mattson 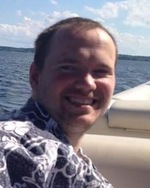 Jeffrey Allen Mattson, age 38, a resident of Greenville, NY, died on Saturday, September 19, 2020 in Albany, following a long illness. He was born in Albany, NY on May 5, 1982 and was the son of Bonnie Lee Harrington of Bennington, VT and Carl (Karen) Mattson of Saratoga Springs, NY.

Jeffrey is a graduate of SUNY Geneseo with a Bachelor’s Degree in Accounting. He married the former Amber McCloskey, who survives. Jeffrey had worked as a Senior Accountant for the New York State Department of Labor. He enjoyed gaming, horse racing, playing chess, watching game shows and was an avid San Francisco Forty Niners fan.

Besides his wife and parents, he is survived by his sister, Leah Smith (Nick Cross) of Selkirk, NY, two brothers; Tyler Mattson of New York City, and Connor Mattson of Boston, MA. Jeffrey leaves his maternal grandmother, Millie Harrington of Bennington, VT, and paternal grandmother, Yvonne Mattson of Bennington, VT. Jeffrey is also survived by his in-laws; Elizabeth and Bill McCloskey of Greenville, NY.

Friends may call at the funeral home from 11:00 until the time of the Prayer Service.

Masks are required at both locations for the services.

Memorial contributions may be made to the Cerebral Palsy Foundation through the Mahar and Son Funeral Home, 628 Main St. Bennington, VT 05201.