To share your memory on the wall of James Woodard, sign in using one of the following options:

James L. Woodard, age 94, a resident of Arlington, VT, died on Friday, December 6, 2019 at Equinox Terrace in Manchester Center, VT.
He was born in Bennington, VT on July 20, 1925 and was the son of the late Gordon L. and Hazel (Burt) Woodard. He received his education in Arlington and is a graduate of Arlington High School, class of 1943. He later attended Coyne Electrical School in Chicago, IL. Mr. Woodard was a U.S. Army Air Force World War II Veteran.
Mr. Woodard married the former Alice L “Mimi” LaCroix, from Bennington, at St. Francis de Sales Church in Bennington on July 17, 1948.
In earlier years Mr. Woodard was employed by the Soil Conservation Service of the U. S. Department of Agriculture in the Bennington County Office. He served as Town Manager in Manchester, VT for four years. Mr. Woodard established Woodard Construction, Inc. in 1969. He owned and operated this business until the time of his retirement.
He was a life member of the Veterans of Foreign Wars Post #6471 in Manchester, VT and a life member of the American Legion Post #69 in Arlington. Mr. Woodard is a Past President of the Arlington Lions Club. In earlier years he was active in the Arlington Boy Scouts, the Arlington Little League and the 4H Club.
An avid outdoorsman, he enjoyed hunting, fishing, and playing golf. He enjoyed painting scenery and landscapes.
Survivors include his wife, Alice L. “Mimi” Woodard of Arlington, a daughter, Susan Ann (Michael) Elwell of Arlington, VT and five sons, James G. Woodard of Manchester, VT, Gerald W. (Helen) Woodard, Peter A. Woodard, and Paul G. Woodard, all of Arlington, VT and Gordon Christopher Woodard of Bennington, VT. He leaves fifteen grandchildren and twenty-six great grandchildren, as well as nieces, nephews and cousins.
Mr. Woodard is predeceased by one brother, Francis Woodard.
At Mr. Woodard’s request, there will not be any services or calling hours. Burial will take place at the convenience of his family.
Memorial contributions may be made to Vermont Chapter of the American Cancer Society, through the Mahar and Son Funeral Home.
Guestbook condolences may be made at www.maharandsonfuneralhome.net
Read Less

To send flowers to the family or plant a tree in memory of James L. Woodard (Woodard), please visit our Heartfelt Sympathies Store.

There are no events scheduled. You can still show your support by sending flowers directly to the family, or planting a memorial tree in memory of James L. Woodard (Woodard).
Visit the Heartfelt Sympathies Store

Posted Dec 11, 2019 at 02:23pm
Dear Mimi & family - So sorry for your loss. Pete & I always looked forward to see you out shopping. Pete is in a nursing home since May with deminshia but I will show him Jim's obit. Sometimes he remembers especially the past & we always had good times at the KofC dinners & dances with our old group of friends. With sympathy & prayers, Diane Roy
Comment Share
Share via: 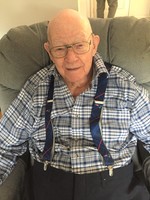