To share your memory on the wall of James Lavoie, sign in using one of the following options:

Provide comfort for the family of James Lavoie with a meaningful gesture of sympathy.

Print
James Lavoie - our dear father - passed away peacefully in his sleep Friday, April 10th, 2020 at the Bennington Health and Rehabilitation Center.

He endured a long illness and failing health. Now, he is no longer suffering and is reunite... Read More
James Lavoie - our dear father - passed away peacefully in his sleep Friday, April 10th, 2020 at the Bennington Health and Rehabilitation Center.

He endured a long illness and failing health. Now, he is no longer suffering and is reunited with our mother once again.

Dad was born on August 25th, 1946 to Lawrence and Mary (Rooney) Lavoie in Bristol, Connecticut. He spent his childhood and young adulthood in Bristol and graduated high school. He took some employment in the manufacturing industry and in 1967, served his country in the army. He fought in the Vietnam conflict for two years. Afterward, he returned to his family.

He met Phyllis Rindfleich in 1969. They fell in love and then married on December 8, 1969. They lived in the Bristol CT. area and on December 31, 1970, their first child, Laura Ann Lavoie was born. Thirteen months later, they gave birth to a second daughter, Debra Lee Lavoie on February 18, 1972.

After living in Mesa, Arizona for a few years, the family relocated back to Vermont, where Dad spent the rest of his life.

His dear wife Phyllis' health began to decline and Dad became her primary caregiver for many years, defining his identity. He saw her through six surgeries and took loving care of her for the rest of her life. Mom passed away peacefully with Dad at her side on December 24, 1999.

For the last 22 years, he lived at the Conant Square Apartments in Brandon, Vt. During those years, we enjoyed visiting him there and cherished our time together.

Dad loved going on trips with us. Especially the Marble museum and factory and Wilson Castle. Often he would be accompanied by us and his two granddaughters. We will always keep those precious memories close to our heart.

Per his wishes, there will be no funeral services and he will be cremated, later to join his wife Phyllis at Pine Hill Cemetery in Brandon, VT.

To send flowers to the family or plant a tree in memory of James J. Lavoie, please visit our Heartfelt Sympathies Store.

Receive notifications about information and event scheduling for James

There are no events scheduled. You can still show your support by sending flowers directly to the family, or planting a memorial tree in memory of James J. Lavoie.
Visit the Heartfelt Sympathies Store 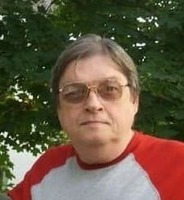