To share your memory on the wall of James Gilbert, sign in using one of the following options:

Born in Danbury, CT September 19, 1948, he was the son of Genevieve (Gould) Gilbert and the late John R. Gilbert. He received his education in the Danbury schools and received his Bachelor’s Degree in Earth Science from Western Connecticut State Collage. James served in the U.S. Navy during the Vietnam War.

Jim as he preferred to be called was a true Renaissance man, working in many fields over his lifetime. He was a self-employed master carpenter for many years. A lifelong teacher both professionally and informally, he taught at Broadview Junior High School in Danbury and taught in the Building Trades program at the Career Development Center in Bennington. He was passionate about sharing his knowledge with anyone with an open ear. Jim also served as the Town Health Officer in Pownal for several years.

He was a lover of all types of music and could play nearly every musical instrument. His passion was evident in his desire to “jam” with anyone he had the opportunity to play with or teach the younger generations to play. He also was a collector of all things historical; especially arrow heads that he would find on his property in North Pownal. Jim was an avid gardener, growing and tending fruits and vegetables in his garden to harvest, sell and share.

‘What a long strange trip it’s been’ – The Grateful Dead

Should friends desire memorial contributions in James A. Gilbert’s memory may be made to the Vermont Historical Society through the office of the Mahar & Son Funeral Home, 628 Main Street, Bennington, VT 05201.

To send flowers to the family or plant a tree in memory of James A. Gilbert, please visit our Heartfelt Sympathies Store.

Posted Feb 01, 2020 at 08:37pm
When our family moved to Connecticut from NYC Jim and his family were the ones who welcomed us to New Fairfield. Many cherished memories followed from playing music in jam sessions to a Ski trip to Killington, Vermont. He will always have a place in my heart and I wish him God's speed in heaven.
Comment Share
Share via: 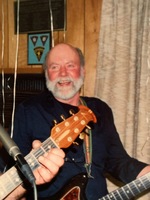 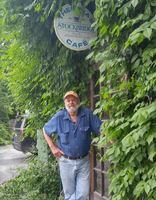