To share your memory on the wall of Henry Strohmaier, sign in using one of the following options:

“Farming was his passion”
Read Less

To send flowers to the family or plant a tree in memory of Henry M. Strohmaier, please visit our Heartfelt Sympathies Store.

We encourage you to share your most beloved memories of Henry here, so that the family and other loved ones can always see it. You can upload cherished photographs, or share your favorite stories, and can even comment on those shared by others.

Posted Nov 10, 2019 at 08:28am
My condolences to The Strohmaier Family. Cecily ,Ellen, Joe, Kit , Brooke Emma and all of you. I got memories of the years living on the farm. back in the day. Henry was a hard working cool dude. Saved me many times when I went off the road. God give you strength. All the best to the Strohmaier family
Comment Share
Share via:
CM

Posted Nov 09, 2019 at 05:04pm
Dear Cecily, Ellen, Joe and Emma,
Sending my sincere sympathy to all of you. I know this time is difficult but you are a strong family and you will preserve. I have
had to learn this for myself. I will keep fond memories of Henry and all of you as we had such friendship in so many community affairs. Take care of each other. My thoughts and prayers are with you in the days to come.
Love,
Caroline Martel and Family
Comment Share
Share via:
LM

Posted Nov 09, 2019 at 12:20pm
Cecily, Ellen, Joe, Emma and Families,
God's comfort, strength and peace today and in the days to come.
Prayers for your loss,
Laura and Rich Muir
Comment Share
Share via:
LD

Posted Nov 09, 2019 at 12:14am
Remember working with Henry and his father, William, while I was with Fairdale responsible for farm inspections and milk pick up. Always enjoyed their cooperation and willingness to provide excellent quality milk. Condolences to all his family at this time. Keep your many wonderful memories.
Comment Share
Share via: 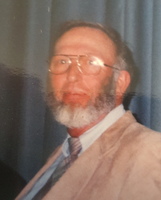