To share your memory on the wall of Harold Hauschild, sign in using one of the following options:

He was ... Read More
Harold H. Hauschild, 76, a resident of Englewood, Florida and a summer resident at Lake Lauderdale Campground in Jackson, NY died Saturday August 22, 2020 at the Saratoga Hospital in Saratoga, New York following a brief illness.

He was born in Davenport, Iowa July 6, 1944. He was the son of the late Harold H. Hauschild Sr. and Lorraine (Baker) Hauschild.

For many years Harold had been employed at Johnson Controls. He later worked for the Sarasota County Government as Building Superintendent, retiring in 2009.

He married the former Norma Gauthier from Bennington, Vermont on November 17, 1996 in Rotonda West, Florida.

Harold was very active. He enjoyed playing golf, fishing, scuba diving, shooting guns, music and DJ’ing , line dancing and horseshoes. He especially enjoyed family gatherings, pool parties and relaxing. He was a member of the American Legion Post 113 where he was a member and served a time as Financial Office.

A celebration of Harold’s life will be held at the convenience of the family.

If friends desire contributions in memory of Harold H. Hauschild may be made to Tidewell Hospice in Englewood, Florida, American Legion Post 113, Cancer Society, Heart Association, through the office of the Mahar and Son Funeral Home 628 Main St. Bennington, VT 05201. Guest book condolences may be made at www.maharandsonfuneralhome.net.

The family would like to especially thank the staff at the Saratoga Hospital for the compassion and care that they provided along with Hospice.
Read Less

To send flowers to the family or plant a tree in memory of Harold H. Hauschild, please visit our Heartfelt Sympathies Store.

Receive notifications about information and event scheduling for Harold

There are no events scheduled. You can still show your support by sending flowers directly to the family, or planting a memorial tree in memory of Harold H. Hauschild.
Visit the Heartfelt Sympathies Store

We encourage you to share your most beloved memories of Harold here, so that the family and other loved ones can always see it. You can upload cherished photographs, or share your favorite stories, and can even comment on those shared by others. 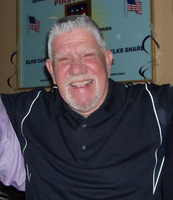