To share your memory on the wall of G. Donald Calder, sign in using one of the following options:

Provide comfort for the family by sending flowers or planting a tree in memory of G. Donald Calder

Provide comfort for the family by sending flowers or planting a tree in memory of G. Donald Calder

Born in Islip, NY on November 29, 1938, he was the son of the late George S. and Isabelle (Cook) Calde... Read More
George Donald Calder SR, 81, a resident of Brookdale at Fillmore Pond in Bennington died peacefully on Wednesday, September 23, 2020.

Donald was employed for 25 years at ITT in Nutley, NJ where he worked in the defense communications department.

An avid sailor, he enjoyed time spent with his family in the Finger Lakes Region of New York at his camp on Owasco Lake . After retiring to Fort Myers Beach, Florida Donald was a very active member and Past Commodore of the Boardwalk Caper Yacht Club there. He was also a member of the Boardwalk Caper Condominium Association. Over the years he was also very active supporting Joan's involvement in numerous civic organizations.

Donald was a parishioner of both the Moravia, NY Methodist Church and the Chapel By the Sea in Fort Myers Beach.

Survivors include a daughter, Jeanette Calder Burhans and her husband David of Bennington; a son, George Donald Calder Jr. and his wife Kelli of Arlington; four grandchildren, Heather Burhans Rice and her husband David, Grace Burhans, and Emily and William Calder; a brother and sister-in-law, Tom and Carol Calder of California, a brother and sister-in-law, John and Sue Miller and nieces and nephews.

Donald was predeceased by two grandchildren, Sam and Catherine Burhans.

Due to the restrictions in place for the COVID virus funeral services will be held privately at the family's convenience.

Should friends desire memorial contributions in Donald Calder's memory may be made to the Alzheimer's Foundation through the office of the Mahar & Son Funeral Home, 628 Main Street, Bennington, VT 05201.

To send flowers to the family or plant a tree in memory of G. Donald Calder, please visit our Heartfelt Sympathies Store.

Receive notifications about information and event scheduling for G. Donald

There are no events scheduled. You can still show your support by sending flowers directly to the family, or planting a memorial tree in memory of G. Donald Calder.
Visit the Heartfelt Sympathies Store

We encourage you to share your most beloved memories of G. Donald here, so that the family and other loved ones can always see it. You can upload cherished photographs, or share your favorite stories, and can even comment on those shared by others. 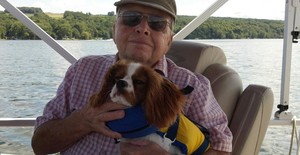