To share your memory on the wall of Frank Burdick, sign in using one of the following options:

He was born in Bennington, VT on March 19, 1952, and was the son of Ernest and Katherine (Callahan) Burdick. He received his ... Read More
Frank E. Burdick, age 67, a resident of Pownal, VT died on Sunday, November 17, 2019 following a brief illness.

He was born in Bennington, VT on March 19, 1952, and was the son of Ernest and Katherine (Callahan) Burdick. He received his education in local schools.

He married the former Roxanna Jenkerson on March 25, 1978. Mrs. Burdick survives. He loved his family, and enjoyed the outdoors; hunting, fishing, bird watching, especially eagles and hummingbirds. He enjoyed gardening, drinking Coors, playing cribbage and scratch tickets. Frank was a very hard worker and family always came first. Frank worked at Cascade School Supplies for thirty years before retiring. Previous to Cascade, he was employed at the Pownal Tannery. He took great pride in his work, and would often say “a job well done”. He was a wonderful father, and step-father, and you could always depend on him for anything. He will be sorely missed by his family, including; his wife, his son Frank Eric Burdick, his step-son Ed Coulter, Jr. Frank leaves his brother, Harvey Burdick. He has four grandchildren, one of which he was extremely close Katherine (Kate) Burdick, Ryan Hurley, Eli Hurley, and Raymond Coulter. Many great grandchildren and several nieces and nephews, that will miss him.

A celebration of his life will be held on Thursday, November 21, at The American Legion Post #13 in Bennington from 1:30 - 4PM. A remembrance service will be held at 1PM, with the Reverend Richard Setzer officiating. Burial will take place privately.

The Mahar and Son Funeral Home in Bennington is helping the family at this time.
Read Less

To send flowers to the family or plant a tree in memory of Frank E. Burdick, please visit our Heartfelt Sympathies Store.

We encourage you to share your most beloved memories of Frank here, so that the family and other loved ones can always see it. You can upload cherished photographs, or share your favorite stories, and can even comment on those shared by others.

Posted Dec 17, 2019 at 11:52am
Roxie and Family,
I was so sorry to hear about your husband passing on awhile ago. My prayers for Jesus's comfort, strength and good memories every day. God's love and peace to you and yours this Christmas and always.
Love and Prayers,
Mrs. Laura Muir
Comment Share
Share via:
KH

Posted Nov 20, 2019 at 04:40pm
Frank you were a great guy and I am glad I got to know you and you had been a great help to many and you will be missed!! Roxy and Frankie you guys are in my thoughts and prayers may you know that he will be your special guardian angel watching over you!!
Comment Share
Share via: 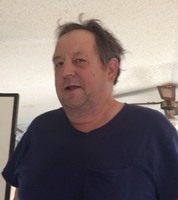 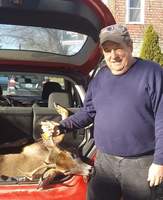