To share your memory on the wall of Francis Roy, sign in using one of the following options:

Provide comfort for the family of Francis Roy with a meaningful gesture of sympathy.

Born in Bennington on December 30, 1925 he was the son of the late Oliva and Bernadette (Pinsonneault) Roy. He received his education at Sacred Heart School and graduated from Bennington High School in 1944. Pete enlisted in the Army in 1944. He served in WWII and Korea.

Pete married the former Diane Cardinal at Sacred Heart Church on June 26, 1954. They celebrated 65 years of love and companionship this past June.

A master electrician, Pete was first employed by M.E. Rudd and later D & D Jolivette. He retired from Monument Electric in 1990 after 18 years with the company.

Pete was a devoted parishioner of Sacred Heart St. Francis de Sales Church. He was a member of Knights of Columbus Council 307, American Legion Post 13 and Bennington Elks Lodge 567. He was an avid sports fan and regularly attended all of the Mt. Anthony Union High School football and basketball games.

Pete was a kind and loving husband, father, grandfather and great grandfather. He loved the community he grew up in especially his daily trips to run errands and grocery shop where he spent more time socializing than actually shopping. He had a great smile that could make your day a little bit better.

Funeral services will be held at a time to be announced following the COVID-19 restrictions.

If friends desire to make contributions in memory of Pete they may be given to Sacred Heart School or HIS Pantry through the office of Mahar and Son Funeral Home 628 Main St. Bennington, VT 05201.

The family would like to thank the nurses from the V.A. and the VNA, who supported us during his care at home and finally the staff at Crescent Manor who over the past year gave him care, comfort and friendship especially during these last weeks when we could not be with him.

To send flowers to the family or plant a tree in memory of Francis C. "Pete" Roy, please visit our Heartfelt Sympathies Store.

Receive notifications about information and event scheduling for Francis

There are no events scheduled. You can still show your support by sending flowers directly to the family, or planting a memorial tree in memory of Francis C. "Pete" Roy.
Visit the Heartfelt Sympathies Store

We encourage you to share your most beloved memories of Francis here, so that the family and other loved ones can always see it. You can upload cherished photographs, or share your favorite stories, and can even comment on those shared by others.

Posted Apr 18, 2020 at 02:50pm
Our Deepest Sympathies! You are all in our thoughts and prayers. Love Always, Your Work Family. We Love you Annette!

Posted Apr 18, 2020 at 10:04am
Dear Denise and Family: I am very sorry to hear of your loss. Please accept my sincerest condolences. You are in my thoughts and prayers.
Keith Martin
Comment Share
Share via:
DT

Posted Apr 16, 2020 at 11:49am
Denise and family, we are so sorry for your loss. Words can never express emotions on paper, but good memories will live on forever. Keeping you all in my thoughts and prayers.
Bob and Denise Taff
Comment Share
Share via:
WD

Posted Apr 15, 2020 at 08:01am
Diane and family, I am so sorry to hear that Pete has passed! What a great guy he was, always friendly when we met. We always seemed to meet you and Pete at the gathering of cancer survivors yearly when Joyce and I returned to Bennington. Our memories of both of you go back to Benhi days in the 1940's. Our thoughts and prayers are with you at this time !
Walt & Joyce Dunham 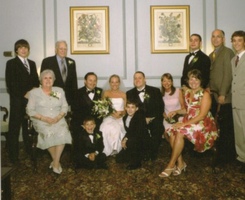 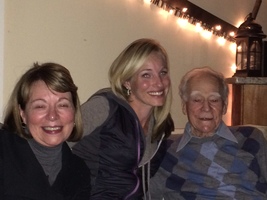 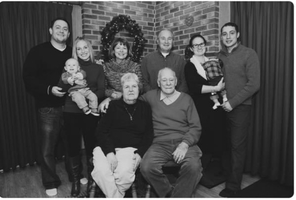